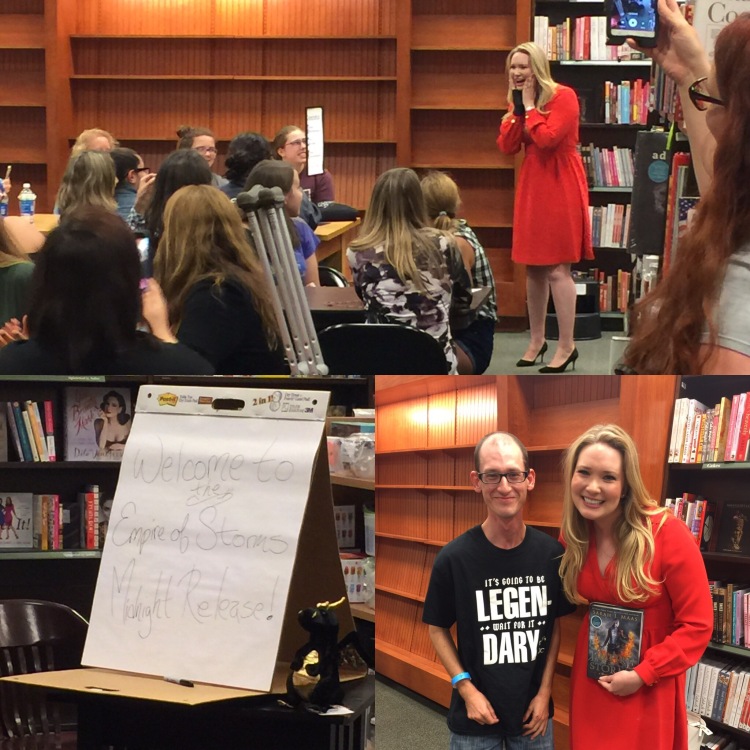 Stacy not to much but wants me to blog about my signings so I will. But the midnight release  was on Labor Day September 5th. I had work early in the day till 9 so I just barely made it in time since the event started at 10. But it’s weird for myself to be at a event and not be the very first person like most signings or events so was in the back as can in first photo. Just as I got in sjm was there about to surprise everyone who came which was around 40 people strong which isn’t to bad when think about it everyone was shocked since they didn’t expect or know she was going to come show up so was a fun site to see. Then after sjm said was shocked people came and said she excited for us to read empire of storms and did a photo chance which I didn’t expect at all. After I saw a table with a few people I see actively when I go to Bensalem b&n so they let me sit down. After photo op Sarah left since had to get some sleep for the signing. So she left and we started trivia I tend to do bad on them average so I just watched. Then went to story telling which was fun and to get a say a dragon went flying thru air and if touched it had to add story to the story. The dragon flew near me one time so I added about rhysand losing his wings since in story before he ate food which I made magical and he lost his wings and which made him very mad. The next person up added that it was just a nightmare but to wake up to a real nightmare of a shadow just inches above him. To learn it was manon forget how rest goes sorry. Then came for the books to be released picked it up and went back to get sleep since early rise.

Ps that’s the dragon being thrown.

September 6th 2016: Sarah j Maas  empire of storms book launch the day has come yay!! And rest of the world who wanted finally get hands on it. Day started out getting to b&n at 9 am and scary thing was which never happens is a mini line at the opening near 20-25 strong. But since was at midnight release was able to go straight to sitting down for a spot. Grabbed the front row for this signing which was row 3 since first 2 rows were saved for Sarah’s friends, & family so was odd for me being not in front row. After grabbed breakfast and saw at the bakery is some friends from the bookcon app (if not on it you should! Lots of fun & tight nit group)  spent the day with them looking for funko pops which the mini’s is my guilty spending 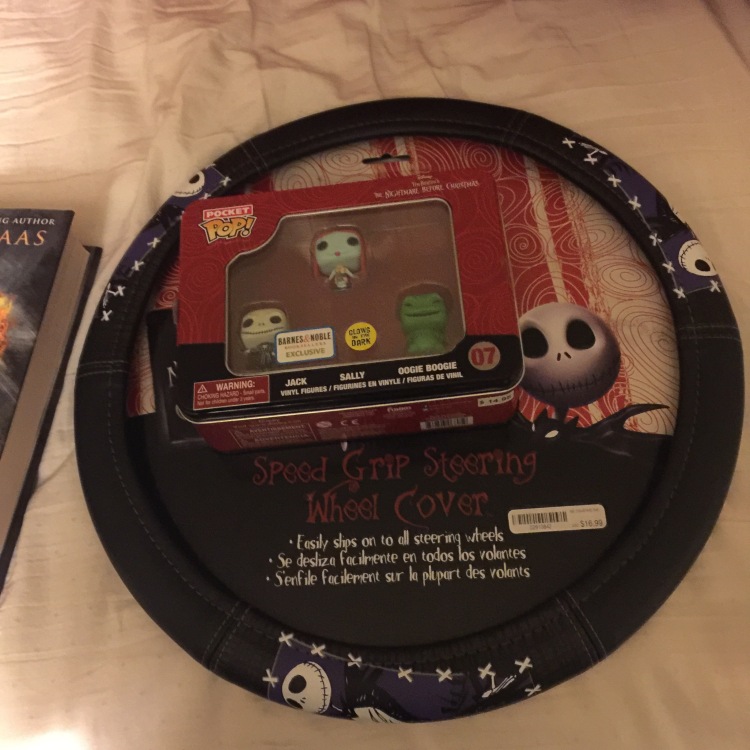 Plus after if never gone and need to go is Cracker Barrel soo good. By time that was done was 1:30 and spent rest of time in chair or walking around if see friends. Some others like from book con app who arrived later. One experience from one said person is she works at barns and nobles her self and a guy came up to her and asked do you work here, she said no not her store but our faces since it was priceless X). Not much more happened besides this besides meeting a few new people and hanging out with Emma. A lot of you who does YouTube know her as Emma books so that was a fun time. Getting near author time so sat down and just at signing time people in first two rows come with a few I know myself  that are bloggers or sjm friend like person I love seeing and chatting with Julie Eshbaugh author of Ivory And Bone so if haven’t read it should check it out.  NOW the grand finally sjm comes

Talked about the book and made the joke since a lot of details come from assains blade and said can’t go into details spoilers  but in low voice of hers to hint while being funny. 17.99 she would whisper.  Rest of signing went on world wind. So for signing #’s 1-25 come up to get signed I was 53. So had a bit. And in the crowd was Amanda footy she is a 2017 debut author. Not much detail can be given on it but it’s a freak show book and sounds like can be a interesting Read, her book is called daughter of the burning city. So chatted about different signings and steps she is going thru creating her book.  Not much after that just went home and soon start this similar process for Sabaa Tahir at McNally Jacksons in NYC on September 8th.

And please check out up and coming author Amanda Foody

Daughter Of The Burning City