We haven’t done this in while but I thought it was time to bring it back for this special author.

I had the opportunity to read his new book, Your Own Worst Enemy before the release date and I loved it. I even posted my review a month or so ago. This author is also a Librarian, which makes my heart so happy.

I have chosen Gordon Jack for this spotlight. You guys should check his books out!

Your Own Worst Enemy: 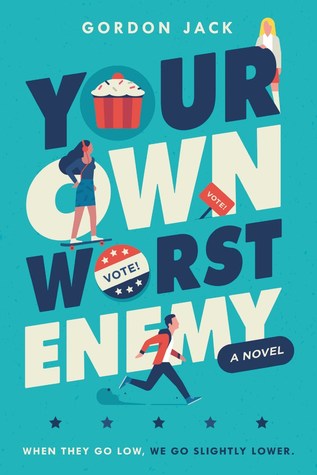 Three candidates, three platforms, and a whirlwind of social media, gaffes, and protests makes for a ridiculous and hilarious political circus in Gordon Jack’s second highly satirical novel. Perfect for fans of Andrew Smith and Frank Portman.
They say that with great power comes great responsibility. Unless you’re student body president at Lincoln High School. Then you get all the responsibility but none of the power. And the three candidates running for president know all about that.

Stacey Wynn is the front-runner, but she didn’t count on Julia Romero entering this race. Julia is challenging Stacey for the title while also putting the moves on Stacey’s campaign adviser and only friend, Brian. And then there is Tony Guo, the way outsider. Tony is usually oblivious to the school’s political campaigning, as he’s oblivious to anything that isn’t about getting high and drinking all the Space Cow chocolate milk he can stomach. But when his favorite beverage is banned at school, a freshman political “mastermind” convinces Tony to become the voice of the little guy. But what kind of voice is that, really?

If this were an ordinary high school election, the winner would be whichever candidate was the most popular. But this year, each candidate may have to sink to a new low to win an election that could change the course of…very little. 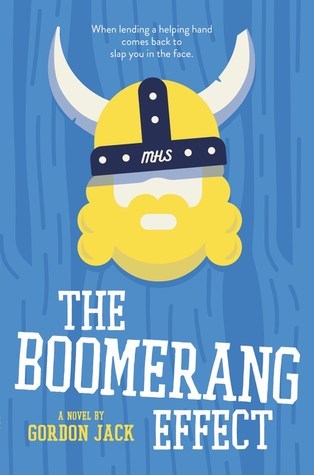 It all started with a harmless prank. But now high school junior (and resident stoner) Lawrence Barry is one step away from reform school unless he participates in a mentorship program. His mentee? Spencer Knudsen, a Norwegian exchange student with Spock-like intelligence but the social skills of the periodic table.

Then disaster strikes—Homecoming week. When someone dressed as the school Viking mascot starts destroying the fairy tale–inspired floats, all suspicion falls on Lawrence. Add to the mix a demon Goth girl named Zoe, a Renaissance LARPing group, an overzealous yearbook editor, and three vindictive chickens, and Lawrence soon realizes that his situation may be a little out of control. But Spencer seems to have some answers. In fact, Spencer may be the one friend Lawrence never knew he needed.

Gordon Jack always wanted to be a writer. In third grade, he put that on his “What I want to be when I grow up” list, just behind astronaut and professional dog walker. While working towards this goal, he had jobs as an advertising copywriter, English teacher, librarian, and semi-professional dog walker. The Boomerang Effect is his first novel. He lives in San Francisco with his family.