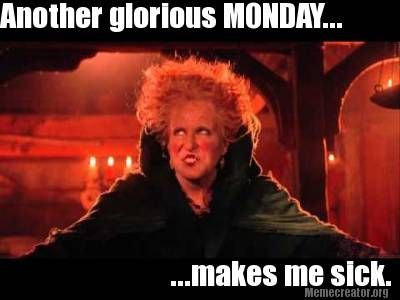 This week I’m going to be reading a book that I picked up earlier this year and some highly anticipated book mail! 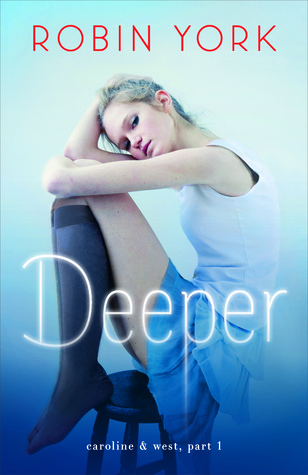 In Robin York’s sizzling debut, a college student is attacked online and must restore her name—and stay clear of a guy who’s wrong for her, but feels so right.

When Caroline Piasecki’s ex-boyfriend posts their sex pictures on the Internet, it destroys her reputation as a nice college girl. Suddenly her once-promising future doesn’t look so bright. Caroline tries to make the pictures disappear, hoping time will bury her shame. Then a guy she barely knows rises to her defense and punches her ex to the ground.

West Leavitt is the last person Caroline needs in her life. Everyone knows he’s shady. Still, Caroline is drawn to his confidence and swagger—even after promising her dad she’ll keep her distance. On late, sleepless nights, Caroline starts wandering into the bakery where West works.

They hang out, they talk, they listen. Though Caroline and West tell each other they’re “just friends,” their feelings intensify until it becomes impossible to pretend. The more complicated her relationship with West gets, the harder Caroline has to struggle to discover what she wants for herself—and the easier it becomes to find the courage she needs to fight back against the people who would judge her.

When all seems lost, sometimes the only place to go is deeper.

Deeper was one of those cheap buys that I found at Dollar General about a year ago. I can’t believe it has taken me this long to start it. It’s amazing so far.

On The Come Up- Angie Thomas

Sixteen-year-old Bri wants to be one of the greatest rappers of all time. Or at least make it

out of her neighborhood one day. As the daughter of an underground rap legend who died before he hit big, Bri’s got big shoes to fill. But now that her mom has unexpectedly lost her job, food banks and shutoff notices are as much a part of Bri’s life as beats and rhymes. With bills piling up and homelessness staring her family down, Bri no longer just wants to make it—she has to make it.

On the Come Up is Angie Thomas’s homage to hip-hop, the art that sparked her passion for storytelling and continues to inspire her to this day. It is the story of fighting for your dreams, even as the odds are stacked against you; of the struggle to become who you are and not who everyone expects you to be, and of the desperate realities of poor and working-class black families.

I think On The Come Up is on everyone’s tbr. I freaked out when I received this arc in the mail last week. HarperCollins knows the way to a book nerds heart!! 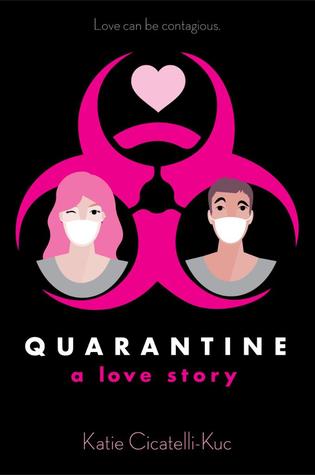 Oliver wants a girlfriend, and there’s a girl back home who might be interested in him. The problem is, he has to spend his spring break on a volunteer trip in the Dominican Republic. Flora, on the other hand, isn’t really looking for a boyfriend. She just wants to end a miserable spring break visiting her dad and her new stepmom in the D.R.

The solution to both their problems? Get back home to New York ASAP. Sadly, they won’t be getting there anytime soon.

Their hopes are dashed when Flora’s impulsiveness lands them in quarantine — just the two of them. Now, the two teens must come together in order to survive life in a bubble for 30 days. In that time, love will bloom. But is it the real thing, or just a placebo effect?

In her debut novel, Katie Cicatelli-Kuc delivers an introspective and witty story about finding love in the most unexpected place.

This one just sounded amazing and Scholastic supplied. They are one of my favorite publishers and their team is super friendly and awesome.