Welcome to our official tour stop for Beneath the Lighthouse! We have our review and giveaway posted below. Enjoy!!! 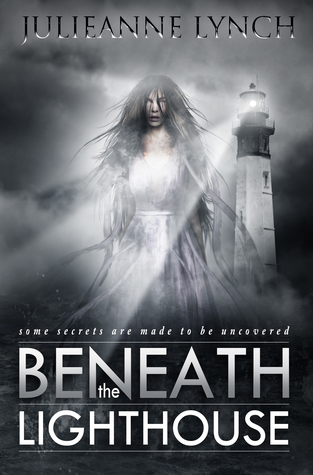 Praise for BENEATH THE LIGHTHOUSE

“Beneath the Lighthouse grabs you by the nether regions from the word go. Then it squeezes. Hard. With a nailed glove … A truly scary ghost story … a powerful ‘coming of age’ drama … a young man growing into adulthood against a backdrop of despair and quite shocking abuse … unpredictable and ever building. Blood and bone revenge, retribution and salvation. The strength of friendship, the power of love. You feel the dread and the underlying fear … not your typical tale. And what a tale it is.” ―EM Faustus

“From within the mirror, flesh swam toward him, crawling out of the glass. Her clammy fingers reached for him. Black veins traced over her skin. Her mouth opened in a silent scream. Dark matter dropped from her swollen lips. Her unblinking eyes stared hard into his. She moved closer to him, her dislocated jaw and broken teeth in full view. Without warning, a piercing screech erupted from her mouth and she charged toward him.”

Beneath the Lighthouse was one of those books where I thought I had it all figured out within the first fifty pages. As things progressed, I became shocked as the twist and turns revealed themselves. I was so wrong and I couldn’t be happier. This book was magnificent.

Jamie has quite a rough life. His sister passed away under mysterious circumstances, his Dad is a pisser who can’t control his hands, and he thinks he’s going mad.

Hanging out on the coast where his sister’s body was found, he spots an aspiration and she follows him. She lets her presence be known. She shows him eerie things to open up his eyes to who some people really are and to help set her spirit free.

As things start to spiral out of control, will Jamie be able to help his Mum overcome an abusive relationship and save a ghost to set her free?

This was so much more than a possession book. It was spooky but had a lot of heartbreaking moments but also a little sunshine throughout. It had so many unexpected scenes that I couldn’t stop reading this.

Beneath the Lighthouse is an eerie mystery that will keep you guessing up until the very end. A definite read on a cold and gloomy night. Just look over your shoulder when you feel that sudden coldness…..

Click on the link below to be entered to win!

Julieanne Lynch is an author of YA and Adult genre urban fantasy, crime and contemporary romance books. Julieanne was born in Northern Ireland, but spent much of her early life in London, United Kingdom, until her family relocated back to their roots.

Julieanne lives in Northern Ireland, with her husband and five children, where she is a full-time author. She studied English Literature and Creative Writing at The Open University and considered journalism as a career path. Julieanne has several projects optioned for film.

Julieanne is both traditionally and independently published.

Thank you to Jean Book Nerd and Vesuvian Books for letting us be apart of this magnificent blog tour.

One thought on “*Blog Tour & Giveaway* Beneath the Lighthouse- Julieanne Lynch”