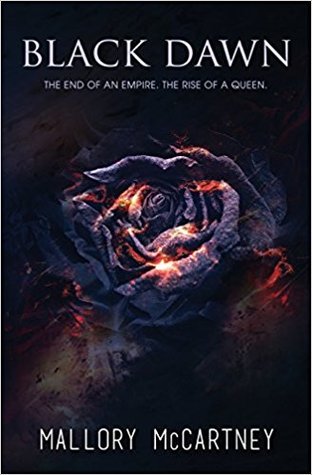 “The end of an Empire. The rise of a Queen.”

Emory Fae enjoys leading a quiet, normal life that is until two mysterious, and dare I say handsome soldiers show up at her apartment doorstep and the life she knew is instantly whisked away. Coming from the magical and ravaged world of Kiero, Emory is brought back not realizing that both men are darkly woven in her past. Discovering she is the long lost heir to the Royal Line Emory is thrown into Black Dawn Rebellion with a dynamic role to ignite the rebels and reclaim her throne. With both lives clashing Emory uncovers hidden secrets from her past, a power held long dormant, and will soon realize there are worse things than supernatural humans, love, loss, betrayal, and a Mad King.

Some things are better left in the shadows.

“The electricity cut so fast, stars errupted in her vision as she adjusted to the sudden darkness.”