He was raised in revolution. She was raised in a palace. Can their love stop a war? Code Name Verity meets The Winner’s Cursein Joanna Hathaway’s Dark of the West, a breathtaking YA fantasy debut.

Aurelia Isendare is a princess of a small kingdom in the North, raised in privilege but shielded from politics as her brother prepares to step up to the throne. Halfway around the world, Athan Dakar, the youngest son of a ruthless general, is a fighter pilot longing for a life away from the front lines. When Athan’s mother is shot and killed, his father is convinced it’s the work of his old rival, the Queen of Etania—Aurelia’s mother. Determined to avenge his wife’s murder, he devises a plot to overthrow the Queen, a plot which sends Athan undercover to Etania to gain intel from her children.

Athan’s mission becomes complicated when he finds himself falling for the girl he’s been tasked with spying upon. Aurelia feels the same attraction, all the while desperately seeking to stop the war threatening to break between the Southern territory and the old Northern kingdoms that control it—a war in which Athan’s father is determined to play a role. As diplomatic ties manage to just barely hold, the two teens struggle to remain loyal to their families and each other as they learn that war is not as black and white as they’ve been raised to believe. 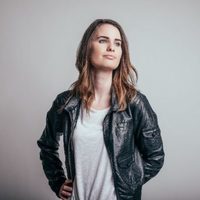 Joanna was born in Montréal and is an avid storyteller who was inspired to write after reading her great-grandfather’s memoirs of the First World War. A lifelong history buff, she now has shelves filled with biographies and historical accounts, and perhaps one too many books about pilots. She can often be found reading, traveling, or riding horses.

Her debut novel, DARK OF THE WEST (Tor Teen, February 5th, 2019), is the first in a WWII-infused fantasy series of forbidden love and deadly revenge.

You can find Joanna on the following sites:

Thank you, Joanna, for stopping by on the blog! It was wonderful chatting with you!

Thank you so much! Honestly, the biggest inspiration for me was history. As a teen, all I read were memoirs and biographies and historical accounts from as many different perspectives as I could get my hands on. I wanted to read the real stories of real people around the world—people who had faced these incredible (and often horrific) events with such courage. It always made me wonder what I would do in the same situation. What choices would I make? But I also wanted to write a book that wasn’t bound to the rules of our own history, so I began building this fantasy world that felt like our own yet was distinctly unique. I wanted to make an exploration of the timeless themes of our history, but see it through the eyes of two youthful and idealistic narrators who still believe in the best. Thus, Dark of the West was born!

I originally started with only one POV (Aurelia), but then I did a test scene from the perspective of Athan and discovered he had a whole family demanding to be shared! And once I started weaving his story with Aurelia’s, I realized how well they complemented one another, illuminating the larger story. It worked out perfectly. I don’t think either POV is “easier” than the other, but often when I get tired of writing one, I can just switch to the other and feel immediately rejuvenated — handy for those deadlines!

This particular story has been with me since I was in university, so it’s definitely come about more gradually and naturally, left to simmer for years. While I didn’t specifically sit down and create an outline for it, I have had the series in my mind for a long time, so I do plot out each book and each character arc to satisfy the overarching themes and events which I know are coming.

I think I’d want to visit Aurelia’s horses and Athan’s airplanes. And if I could ride one and fly another, that would be even better. I think they’d be on board with that!

Trust your heart and know that no one else can tell the story you wish to tell. It’s a reflection of you, which is quite sacred, and while you should always seek out critique and be unafraid to put in the sweat and work, never belittle the heart of what you’re trying to say. Always fight to get it out into the world. There’s room on the shelves for your unique story.

See what other amazing blogs joined this wonderful blog tour!

Prize: Win (1) of (10) physical copies of DARK OF THE WEST by Joanna Hathaway (US Only) 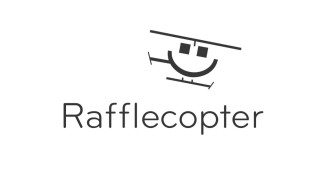 Thank you, Fantastic Flying Book Club, so much for having A Court of Coffee and Books on the blog tour!