This week I’ll be reading two books that the publisher sent me and a book for the book club I started at the Library.

Sweetness can be deceptive.

She’s the sweet-but-silent angel in the adoring eyes of her Daddy. He’s the only person who understands her, and all Hanna wants is to live happily ever after with him. But Mommy stands in her way, and she’ll try any trick she can think of to get rid of her. Ideally for good.

She loves her daughter, really, but after years of expulsions and strained home schooling, her precarious health and sanity are weakening day by day. As Hanna’s tricks become increasingly sophisticated, and Suzette’s husband remains blind to the failing family dynamics, Suzette starts to fear that there’s something seriously wrong, and that maybe home isn’t the best place for their baby girl after all. 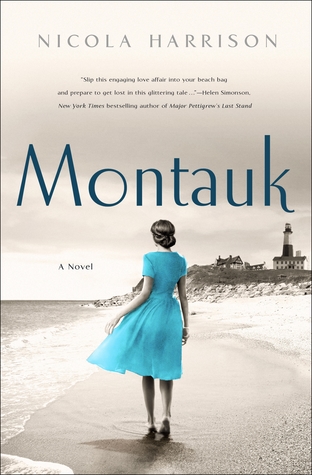 A simple town on the brink of a glamorous future.

An epic and cinematic novel by debut author Nicola Harrison, Montauk captures the glamour and extravagance of a summer by the sea with the story of a woman torn between the life she chose and the life she desires.

For three months, this humble fishing village will serve as the playground for New York City’s wealthy elite. Beatrice Bordeaux was looking forward to a summer of reigniting the passion between her and her husband, Harry. Instead, tasked with furthering his investment interest in Montauk as a resort destination, she learns she’ll be spending twelve weeks sequestered with the high society wives at The Montauk Manor—a two-hundred room seaside hotel—while Harry pursues other interests in the city.

College educated, but raised a modest country girl in Pennsylvania, Bea has never felt fully comfortable among these privileged women, whose days are devoted not to their children but to leisure activities and charities that seemingly benefit no one but themselves. She longs to be a mother herself, as well as a loving wife, but after five years of marriage she remains childless while Harry is increasingly remote and distracted. Despite lavish parties at the Manor and the Yacht Club, Bea is lost and lonely and befriends the manor’s laundress whose work ethic and family life stir memories of who she once was.

As she drifts further from the society women and their preoccupations and closer toward Montauk’s natural beauty and community spirit, Bea finds herself drawn to a man nothing like her husband –stoic, plain spoken and enigmatic. Inspiring a strength and courage she had almost forgotten, his presence forces her to face a haunting tragedy of her past and question her future.

Desperate to embrace moments of happiness, no matter how fleeting, she soon discovers that such moments may be all she has, when fates conspire to tear her world apart… 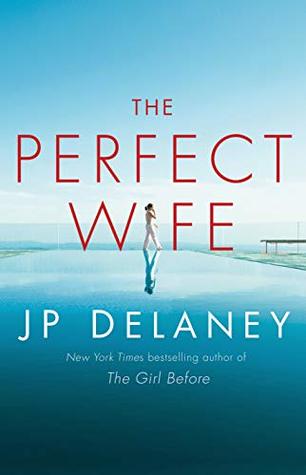 Abbie awakens in a daze with no memory of who she is or how she landed in this unsettling condition. The man by her side claims to be her husband. He’s a titan of the tech world, the founder of one of Silicon Valley’s most innovative start-ups. He tells Abbie that she is a gifted artist, an avid surfer, a loving mother to their young son, and the perfect wife. He says she had a terrible accident five years ago and that, through a huge technological breakthrough, she has been brought back from the abyss.

She is a miracle of science.

But as Abbie pieces together memories of her marriage, she begins questioning her husband’s motives–and his version of events. Can she trust him when he says he wants them to be together forever? And what really happened to Abbie half a decade ago?