Every bookworm knows that every month is filled with some amazing book releases (sometimes so many that it’s hard to keep count!). And every month consists of at least one debut book/author. July is no different. Check out the young adult debut books coming out this month below!

Please note: A Court of Coffee and Books receives a small commission for any purchases made through the links below, except Book Depository. All commission earned goes toward supporting this blog.

Only monsters summon fire by magic. It’s a sin against the sun god and a crime against the king. The punishment is death.

But when sixteen-year-old Mina discovers fire magic runs in her family’s blood, it’s just the beginning of the secrets her father has been keeping from her. When her father is murdered, this half-starved peasant girl finds herself on the run—pursued across the desert by the soldiers and guards of the noble Houses. To survive, she knows she’ll have to abandon her past and learn the way of the sword. But only boys are allowed to carry a blade. There’s only one solution…

Disguised as a young nobleman, Mina must make a new life for herself in the heart of her enemies. But she knows she can’t keep up the masquerade forever. With time running out, which will she choose to find—the truth or revenge? 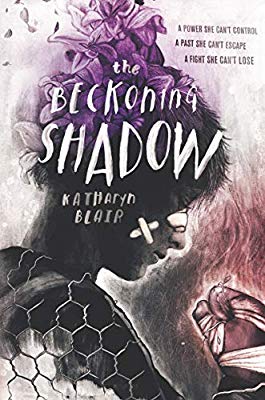 Vesper Montgomery can summon your worst fear and turn it into a reality—but she’s learned the hard way that it’s an addicting and dangerous power. One wrong move and you could hurt someone you love.

But when she earns a spot in the Tournament of the Unraveling, where competitors battle it out for a chance to rewrite the past, Vesper finally has a shot to reverse the mistakes that have changed her forever. She turns to Sam Hardy, a former MMA fighter who’s also carrying a tragedy he desperately wants to undo. However, helping heal Sam’s heart will mean breaking her own, and the competition forces her to master her powers—powers she has been terrified of since they destroyed her life.

Project Runway meets Mulan in this sweeping YA fantasy about a young girl who poses as a boy to compete for the role of imperial tailor and embarks on an impossible journey to sew three magic dresses, from the sun, the moon, and the stars.

Maia Tamarin dreams of becoming the greatest tailor in the land, but as a girl, the best she can hope for is to marry well. When a royal messenger summons her ailing father, once a tailor of renown, to court, Maia poses as a boy and takes his place. She knows her life is forfeit if her secret is discovered, but she’ll take that risk to achieve her dream and save her family from ruin. There’s just one catch: Maia is one of twelve tailors vying for the job.

Backstabbing and lies run rampant as the tailors compete in challenges to prove their artistry and skill. Maia’s task is further complicated when she draws the attention of the court magician, Edan, whose piercing eyes seem to see straight through her disguise.

And nothing could have prepared her for the final challenge: to sew three magic gowns for the emperor’s reluctant bride-to-be, from the laughter of the sun, the tears of the moon, and the blood of stars. With this impossible task before her, she embarks on a journey to the far reaches of the kingdom, seeking the sun, the moon, and the stars, and finding more than she ever could have imagined.

In the tropical kingdom of Rhodaire, magical, elemental Crows are part of every aspect of life…until the Illucian empire invades, destroying everything.

That terrible night has thrown Princess Anthia into a deep depression. Her sister Caliza is busy running the kingdom after their mother’s death, but all Thia can do is think of all she has lost.

But when Caliza is forced to agree to a marriage between Thia and the crown prince of Illucia, Thia is finally spurred into action. And after stumbling upon a hidden Crow egg in the rubble of a rookery, she and her sister devise a dangerous plan to hatch the egg in secret and get back what was taken from them. 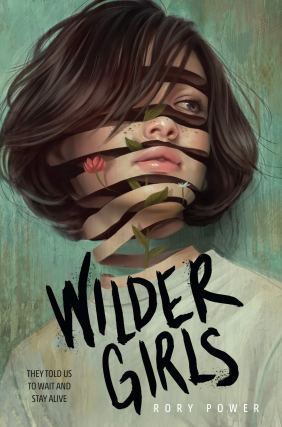 It started slow. First the teachers died one by one. Then it began to infect the students, turning their bodies strange and foreign. Now, cut off from the rest of the world and left to fend for themselves on their island home, the girls don’t dare wander outside the school’s fence, where the Tox has made the woods wild and dangerous. They wait for the cure they were promised as the Tox seeps into everything.

Title: Before I Disappear

Rose Montgomery parks her family’s trailer in Fort Glory, Oregon with one goal: to carve out a new life for herself and her little brother, Charlie. They need a fresh start for their family, and she thinks she’s finally found it in a town where nobody knows them.

But Rose’s plans come crashing down when, in an instant, Fort Glory disappears and every person in town vanishes into thin air—including Charlie.

Rose and four other teens become trapped in the Fold, a patch of woods caught halfway between the real world and the lost town. In the Fold, a mysterious force suspends the laws of physics, and everyone’s inner darkness has the power to kill.

To survive the Fold, Rose must unravel the clues Charlie sends her from the missing town. And Rose has to find Charlie soon—or he’ll be gone forever.

Raised among the ruins of a conquered mountain nation, Maren dreams only of sharing a quiet life with her girlfriend Kaia—until the day Kaia is abducted by the Aurati, prophetic agents of the emperor, and forced to join their ranks. Desperate to save her, Maren hatches a plan to steal one of the emperor’s coveted dragons and storm the Aurati stronghold.

If Maren is to have any hope of succeeding, she must become an apprentice to the Aromatory—the emperor’s mysterious dragon trainer. But Maren is unprepared for the dangerous secrets she uncovers: rumors of a lost prince, a brewing rebellion, and a prophecy that threatens to shatter the empire itself. Not to mention the strange dreams she’s been having about a beast deep underground…

With time running out, can Maren survive long enough to rescue Kaia from impending death? Or could it be that Maren is destined for something greater than she could have ever imagined?

See a July YA debut book missing? Let us know in the comments and we will add it to our list! 🙂