It’s December already! Where has this year gone?

This week I’m going to read two arcs that my friends picked me up at ALA, and a book that was donated to me from a library patron.

A Heart So Fierce and Broken- Brigid Kemmerer

In the sequel to New York Times bestselling A Curse So Dark and Lonely, Brigid Kemmerer returns to the world of Emberfall in a lush fantasy where friends become foes and love blooms in the darkest of places.

Find the heir, win the crown.
The curse is finally broken, but Prince Rhen of Emberfall faces darker troubles still. Rumors circulate that he is not the true heir and that forbidden magic has been unleashed in Emberfall. Although Rhen has Harper by his side, his guardsman Grey is missing, leaving more questions than answers.

Win the crown, save the kingdom.
Rumored to be the heir, Grey has been on the run since he destroyed Lilith. He has no desire to challenge Rhen–until Karis Luran once again threatens to take Emberfall by force. Her own daughter Lia Mara sees the flaws in her mother’s violent plan, but can she convince Grey to stand against Rhen, even for the good of Emberfall?

The heart-pounding, compulsively readable saga continues as loyalties are tested and new love blooms in a kingdom on the brink of war.

In this charming debut about first love and second chances, a young girl gets caught between the boy next door and a playboy. Perfect for fans of To All The Boys I’ve Loved Before.

Mansfield, Massachusetts is the last place seventeen-year-old Edie Price wants to spend her final summer before college. It’s the home of wealthy suburbanites and prima donnas like Edie’s cousins, who are determined to distract her from her mother’s death with cute boys and Cinderella-style makeovers. Edie has her own plans, and they don’t include a prince charming.

But as Edie dives into schoolwork and applying for college scholarships, she finds herself drawn to two Mansfield boys who start vying for her attention. First, there’s Sebastian, Edie’s childhood friend, and first love. He’s sweet and smart and . . . already has a girlfriend. Then there’s Henry, the local bad boy, and all-around player. He’s totally off-limits, even if his kisses are chemically addictive.

Both boys are trouble. Edie can’t help but get caught between them. Someone’s heart is going to break. Now she just has to make sure it isn’t hers. 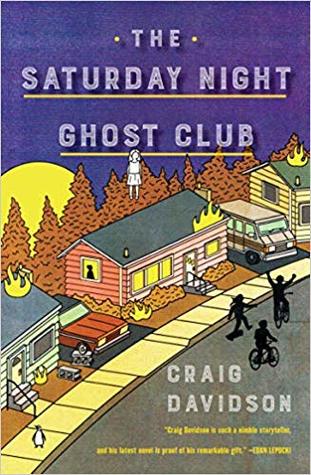 A short, irresistible, and bittersweet coming-of-age story in the vein of “Stranger Things” and “Stand by Me” about a group of misfit kids who spend an unforgettable summer investigating local ghost stories and urban legends.

Growing up in 1980s Niagara Falls–a seedy but magical, slightly haunted place–Jake Baker spends most of his time with his uncle Calvin, a kind but eccentric enthusiast of occult artifacts and conspiracy theories. The summer Jake turns twelve, he befriends a pair of siblings new to town, and so Calvin decides to initiate them all into the “Saturday Night Ghost Club.” But as the summer goes on, what begins as a seemingly lighthearted project may ultimately uncover more than any of its members had imagined. With the alternating warmth and sadness of the best coming-of-age stories, The Saturday Night Ghost Club examines the haunting mutability of memory and storytelling, as well as the experiences that form the people we become.