The new year is almost upon us. I don’t know about you but this year felt as if it flew by.

This week I’m going to read a book that I was asked to review on Netgalley, an arc that I received from the publisher, and a book that I just purchased. 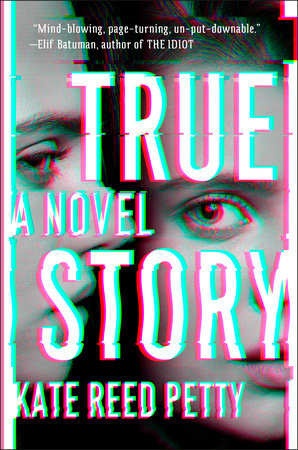 A propulsive, dazzlingly original novel about the fifteen-year fallout from a poisonous high school rumor, exploring how stories from the past can come to define who we are.

A gifted and reclusive ghostwriter, Alice Lovett makes a living helping other people tell their stories. But she is haunted by the one story she cannot tell: the story of, as she puts it, “the things that happened while I was asleep.”

Back in 1999, Nick Brothers and his high school lacrosse team return for their senior year in a well-to-do Baltimore suburb as the reigning state champs. The afterglow of their big win is bound to last until graduation; not even the pressure of college applications can get in the way of their fun. But when a private school girl attempts suicide in the wake of one of the team’s “legendary” parties, and a rumor begins to circulate that two of Nick’s teammates sexually assaulted her, it seems like it might ruin everything–until the team circles the wagons, casts doubt on the story, and the town moves on.

But not everyone does. Fifteen years later, four people–Alice, Nick, a documentary filmmaker, and a wealthy entrepreneur–remain haunted by the roles they played, the things they still don’t understand, and how the story has shaped their lives. In sections told from different points of view, each more propulsive than the last, the layers of mystery are gradually peeled back as we barrel toward the truth of what really happened that night . . . and what came after. At once a compulsive page-turner and a thought-provoking exploration of issues both timely and timeless, True Story marks the debut of a phenomenal new voice in fiction.

Hidden deep in the mountains of Colorado lies the Inn at Havenfall, a sanctuary that connects ancient worlds–each with their own magic–together. For generations, the inn has protected all who seek refuge within its walls, and any who disrupt the peace can never return.

For Maddie Morrow, summers at the inn are more than a chance to experience this magic first-hand. Havenfall is an escape from reality, where her mother sits on death row accused of murdering Maddie’s brother. It’s where Maddie fell in love with handsome Fiorden soldier Brekken. And it’s where one day she hopes to inherit the role of Innkeeper from her beloved uncle.

But this summer, the impossible happens–a dead body is found, shattering everything the inn stands for. With Brekken missing, her uncle gravely injured, and a dangerous creature on the loose, Maddie suddenly finds herself responsible for the safety of everyone in Havenfall. She’ll do anything to uncover the truth, even if it means working together with an alluring new staffer Taya, who seems to know more than she’s letting on. As dark secrets are revealed about the inn itself, one thing becomes clear to Maddie–no one can be trusted, and no one is safe . . .

Sara Holland takes the lush fantasy that captured readers in Everless and Evermore and weaves it into the real world to create a wholly captivating new series where power and peril lurk behind every door. 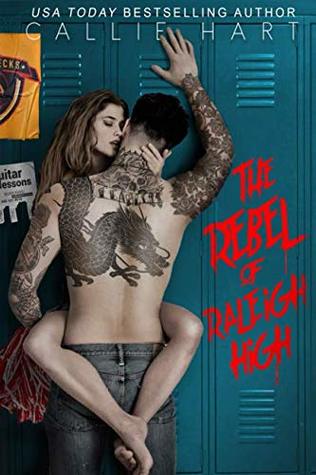 * The Rebel of Raleigh High is the first book in the Raleigh Rebels Series. Please be advised, this book comes with a trigger warning. Intended for readers 17+ *

There’s nothing that the students of Raleigh High can do to Silver Parisi anymore. Over the past year, she’s had to endure more pain and suffering than most people are asked to bear in their lifetimes. She’s a pariah, an outcast, a ghost. She’s also never been one to take shit lying down, though…despite what half the football team might say. With only one hundred and sixty-eight days left of the school year, it won’t be long until graduation, and Silver’s planning on skipping town and leaving Raleigh firmly in her rearview mirror… Until he comes along…AlexOrphan. Degenerate.Reprobate.Deviant. Alex Moretti’s earned most of his labels, and he’s not ashamed of a single one of them. He’ll earn far worse before he’s finished with his new found ‘friends’ at Raleigh High. Having spent years being ground down under the boot heel of society, it’s time for a little payback. And if exacting revenge upon the heads of the Raleigh elite means he can also help the beautiful girl who hovers in the shadows, then that’s all for the better. Oil and water. Fire and ice. The differences between Silver and Alex are broader than any chasm. To reach one another, they must take a leap of faith and fall into the divide. And falling? Nothing good ever came from falling.