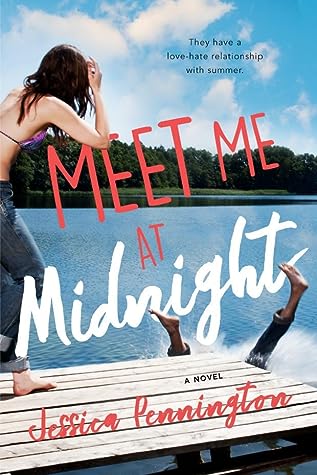 Sidney and Asher should have clicked. Two-star swimmers forced to spend their summers on a lake together sounds like the perfect match. But it’s the same every year—in between cookouts and boat rides and family-imposed bonfires, Sidney and Asher spend the dog days of summer finding the ultimate ways to prank each other. And now, after their senior year, they’re determined to make it the most epic summer yet.

“Here’s the problem with knowing someone since you were ten and vacationing with them since you were thirteen: they know way too much. They’ve seen things. The neurotic things you only did once. The embarrassing things you wish you could forget.”