These days seem to be zooming past so quickly.

The Life and (Medieval) Times of Kit Sweetly- Jamie Pacton

Working as a wench ― i.e. waitress ― at a cheesy medieval-themed restaurant in the Chicago suburbs, Kit Sweetly dreams of being a knight like her brother. She has the moves, is capable on a horse, and desperately needs the raise that comes with knighthood, so she can help her mom pay the mortgage and hold a spot at her dream college.

Company policy allows only guys to be knights. So when Kit takes her brother’s place and reveals her identity at the end of the show, she rockets into internet fame and a whole lot of trouble with the management. But the Girl Knight won’t go down without a fight. As other wenches join her quest, a protest forms. In a joust before Castle executives, they’ll prove that gender restrictions should stay medieval―if they don’t get fired first.

Moxie meets A Knight’s Tale as Kit Sweetly slays sexism, bad bosses, and bad luck to become a knight at a medieval-themed restaurant.

Girls team up to overthrow the kingdom in this unique and powerful retelling of Cinderella from a stunning new voice that’s perfect for fans of A Curse So Dark and Lonely. 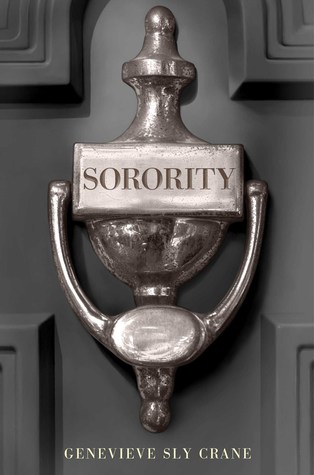 Prep meets Girls in White Dresses in Genevieve Sly Crane’s deliciously addictive, voyeuristic exploration of female friendship and coming of age that will appeal to anyone who has ever been curious about what happens in a sorority house.

Twinsets and pearls, secrets and kinship, rituals that hold sisters together in a sacred bond of everlasting trust. Certain chaste images spring to mind when one thinks of sororities. But make no mistake: these women are not braiding each other’s hair and having pillow fights—not by a long shot.

What Genevieve Sly Crane has conjured in these pages is a blunt, in your face look behind the closed doors of a house full of contemporary women—and there are no holds barred. These women have issues: self-inflicted, family inflicted, sister-to-sister inflicted—and it is all on the page. At the center of this swirl is Margot: the sister who died in the house, and each chapter is told from the points of view of the women who orbit her death and have their own reactions to it.

With a keen sense of character and elegant, observant prose, Crane details the undercurrents of tension in a world where perfection comes at a cost and the best things in life are painful—if not impossible—to acquire: Beauty. A mother’s love. And friendship… or at least the appearance of it. Woven throughout are glimmers of the classical myths that undercut the lives of women in Greek life. After all, the Greek goddesses did cause their fair share of destruction.