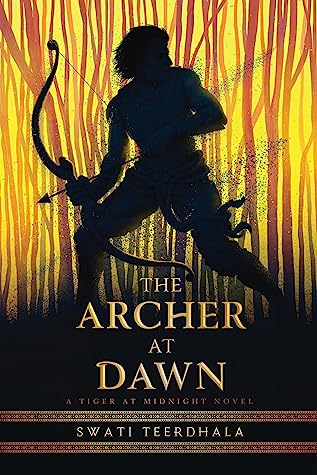 The Sun Mela is many things: a call for peace, a cause for celebration, and, above all, a deadly competition. For Kunal and Esha, finally working together as rebel spies, it provides the perfect guise to infiltrate King Vardaan’s vicious court.

Kunal will return to his role as dedicated Senap soldier, at the Sun Mela to provide extra security for the palace during the peace summit for the divided nations of Jansa and Dharka. Meanwhile, Esha will use her new role as adviser to Prince Harun to keep a pulse on shifting political parties and seek out allies for their rebel cause. A radical plan is underfoot to rescue Jansa’s long-lost Princess Reha—the key to the stolen throne.

But amid the Mela games and glittering festivities, much more dangerous forces lie in wait. With the rebel Blades’ entry into Vardaan’s court, a match has been lit, and long-held secrets will force Kunal and Esha to reconsider their loyalties—to their country and to each other. Getting into the palace was the easy task; coming out together will be a battle for their lives.

“When I think of you, Esha, I imagine the monsoon. Warm and life-giving. Fierce and powerful. A contradiction, just like a warrior poet.”

Writing a sequel has to be one of the hardest books to accomplish as an author. There’s a lot of pressure to write something that is just as amazing as the first. It can make or break an entire series. And Swati stepped up with a sequel that was even better than the first. My mind is blown by the way my expectations were exceeded.

From the start, I knew that I was hooked. Every word struck me like a sharp and cold wind, it left me wide-eyed and breathless in the best way possible. The story flowed like nothing I’ve read before and it bloomed like a beautiful flower.

The author created a world where the characters and the setting had a lot of room to grow and she definitely hit the mark. The visionary descriptions of those aspects made it easy to imagine. It was mesmerizing. Now I’m desperate for book three.

The Archer at Dawn was an action-packed filled story with a tale worth swooning over. The stakes were raised with political intrigue, gore, and a little bit of romance. The books in this series get better and better and I’m ecstatic to find out how this all concludes. All I know is that I won’t be disappointed.