Hello and welcome back to another slow-moving Monday. I hope everyone is well and staying safe. 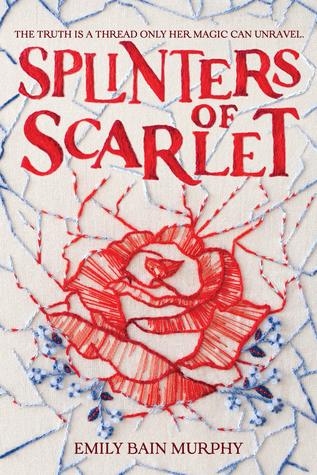 Enchantée meets Downton Abbey in this atmospheric YA historical fantasy set in nineteenth-century Denmark, where secrets can kill and magic is a deadly gift.

For Marit Olsen, magic is all about strategy: it flows freely through her blood, but every use leaves behind a deadly, ice-like build-up within her veins called the Firn. Marit knows how dangerous it is to let too much Firn build up—after all, it killed her sister—and she has vowed never to use her thread magic. But when Eve, a fellow orphan whom Marit views like a little sister, is adopted by the wealthy Helene Vestergaard, Marit will do anything to stay by Eve’s side. She decides to risk the Firn and uses magic to secure a job as a seamstress in the Vestergaard household.

But Marit has a second, hidden agenda: her father died while working in the Vestergaards’ jewel mines—and it might not have been an accident. The closer Marit gets to the truth about the Vestergaard family, the more she realizes she and everyone she’s come to love are in danger. When she finds herself in the middle of a treacherous deception that goes all the way up to the king of Denmark, magic may be the only thing that can save her—if it doesn’t kill her first.

Liv Fleming’s father went missing more than two years ago, not long after he claimed to have been abducted by aliens. Liv has long accepted that he’s dead, though that doesn’t mean she has given up their traditions. Every Sunday, she and her lifelong friend Doug Monk trudge through the woods to check the traps Lee left behind, traps he set to catch the aliens he so desperately believed were after him.

But Liv is done with childhood fantasies. Done pretending she believes her father’s absurd theories. Done going through the motions for Doug’s sake. However, on the very day she chooses to destroy the traps, she discovers in one of them a creature so inhuman it can only be one thing. In that moment, she’s faced with a painful realization: her dad was telling the truth. And no one believed him.

Now, she and Doug have a choice to make. They can turn the alien over to the authorities…or they can take matters into their own hands. 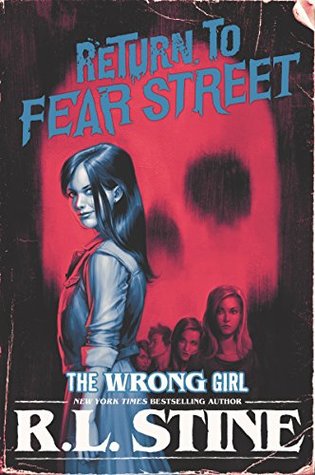 Poppy Miller swears she will get payback for Jack Sabers’s cruel prank that humiliated her in front of all her friends.

Then her classmates start turning up dead.

All eyes are on Poppy. Is Poppy being framed? Or did the kids of Shadyside High mess with the wrong girl?

In this all-new Fear Street story, only one thing’s for sure—someone is out for DEADLY revenge.

And if I get done reading what I’ve planned. I want to read another book that I picked up at ALA Midwinter.