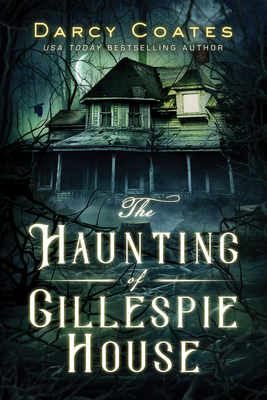 Elle is thrilled to spend a month minding the beautiful Gillespie property. More than an hour’s drive from the nearest town and surrounded by forests, the aging mansion is ideal for someone seeking solitude.

Elle discovers a crumbling graveyard nestled in the woods. It contains a generation of the house’s residents, all with an identical year of death.

As Elle explores deeper into the house, she begins to unravel the property’s dark and dangerous history. At its centre is Jonathan Gillespie, a tyrannical cult leader and the house’s original owner. And as Elle soon learns–just because he’s dead, doesn’t mean he’s gone.

“The night was cold and still. The curtains were too thin to block out the moonlight, which stretched over the carpet quivering dabs and strange shapes from where it managed to worm its way through the forest’s boughs.”