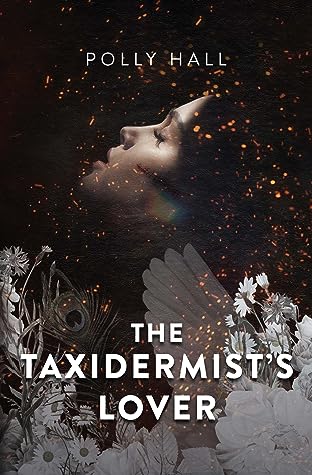 “That old saying—sticks and stones may break my bones, but words will never hurt me—does not make sense. Words can be the most damaging of all things; they have life, power, intensity.”

Taxidermy has always been fascinating to me. I don’t know why but there’s just something about it that’s so bizarre and intriguing at the same time. I’ve found an old book about it from the late 1800s and a lot of things in this book reminded me of that.

While this dealt with an interesting subject, I just wasn’t blown away as other readers were. What I thought was going to be a quick and hauntingly beautiful read, turned into a very tedious one quickly. It was an okay read that reminded me a bit of Frankenstein.

When we first learn about Scarlett and her insane obsession with Henry’s taxidermy mash-ups it throws you off enough to draw you in. But Scarlett’s obsession never escalated enough for it to be exciting or scary. It stayed at this slightly elevated level without moving from that line. So it felt like it was the same thing but a different day. And repetitiveness in books gets kind of boring after a while.

The only redeeming quality to the book was the end. It was pure insanity and I enjoyed the big reveal. Even though I knew it was coming. I just didn’t realize how it was going to come to the surface. That was the most impressive part of this entire story. The read might be worth it just for the last twenty percent.

The Taxidermist’s Lover was a hit and a miss for me. It was an okay read with an amazing ending but I wanted more throughout. It really wasn’t what I was wanted or expected with this reading. With that being said, I think that this Author has room to grow and I’m excited to see where she takes us next. I know she has more dark stories to tell and I can’t wait!

“Never underestimate the power of love over death.”