A DECOY recruited to be a spy.

A PRINCE compelled to become an assassin.

A SERJAH pressured by an unwanted crown.

A WORLD covered in shadows.

Mere months ago, Clare was just a kitchen maid. Now, she is a decoy for Princess Serene and a novice spy, caught in the royal family’s web of secrets. While journeying to Mortise to finalize the princess’s betrothal to Serjah Desfan, Clare lives for the stolen moments she has with Bennick, the bodyguard who is quickly claiming her heart. But when a notorious assassin is hired to kill her, Clare’s life and the alliance hang in the balance.

In Ryden, Grayson prepares to leave for Mortise with his brother, Liam. Their orders are to ignite a war between their enemies, and Grayson has been tasked with assassinating Princess Serene. It may cost his soul, but he is ready to comply, as long as he gets something in return: freedom for Mia, the girl he loves. But the more time he spends with his brother, the more he begins to wonder if Liam is what Grayson wishes he had the courage to be . . . a traitor.

Desfan feels trapped. By his disapproving council, his impending marriage to a stranger, and the imminent arrival of enemy princes who may not want the peace they profess. When a dangerous drug threatens his people, Desfan jumps at the chance to rely on his swords instead of politics. But his investigation uncovers more than he bargained for—a plot that may destroy Mortise from within.

Eyrinthia hovers on the edge of war. Spies. Rebels. Traitors. All must choose a side.

***Pre-order Royal Spy and fill out the form to receive an EXCLUSIVE short story from Bennick’s POV: The Decoy and the Bodyguard***

PRE-ORDER GIFT: THE DECOY AND THE BODYGUARD 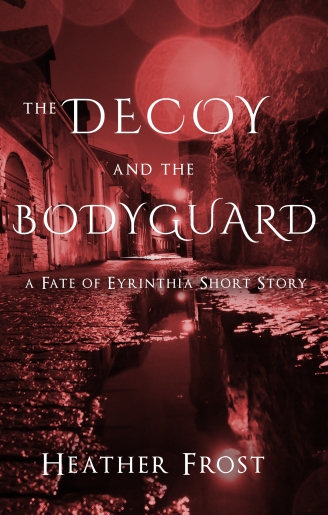 Bennick is a royal bodyguard, prepared for anything—except Clare Ellington. THE DECOY AND THE BODYGUARD follows Bennick and Clare during their first day together, but from Bennick’s POV. Of course, things go terribly wrong . . .

“Death is not easy to understand. Especially when one is taken unexpectedly. But you cannot let the grief overtake you. You can feel it, but don’t let it consume you.”

Royal Spy is the highly anticipated sequel to Royal Decoy. A book that I’ve talked about as I was reading and way after I was done reading it. It’s one of my favorite books from last year, so I was in a panic to read this book. If I was mind-blown with the first one, then I’m completely destroyed with this one.

We’re back in Eyrinthia and the world is full of dark and nasty secrets. All hell is about to break loose and everyone must choose who they’ll stand behind. The Princesses life is on the line, so her decoy is needed more than ever. Secrets are exposed, questions from book one are answered, and a swoon-worthy assassin makes his appearance. You can never fully prepare yourself for the adventure this book takes you on. But be ready for your stomach to drop and your heart to race as you read this thrilling ride.

This book was action-packed, emotional, and very twisted. There were moments where my jaw just hits the floor with shock. I wasn’t sure if my heart would ever stop racing from reading these scenes. I loved it. Every single page was just amazing and I wish everyone would give this series a try.

Bennick! He’s back! We know how I feel about him but I hate to say this… like really hate to say this but there was someone else who stole my heart. He was so deliciously evil that he now has my heart. The Rose! The damn Rose! He swept me off of my feet with his wicked charm and his devilish ways. He reminded me of Jacks from the Caraval series and I was hooked since he made his appearance on those pages. *sigh* Why do I love bad boys so much?

Royal Spy was one hell of a sequel and now I’m desperate for book three. I can’t wait any longer to read it. Everything about this series so far is very unique and twisty. It’s what I love in a series. There’s never a dull moment in these books and they are all well thought out. I must prepare myself for book three because I know it’s going to be the death of me…….

Author’s Explanation: This was the original opening to Grayson’s first chapter in Royal Spy. I eventually made the tough decision to cut the scene, mostly because I wanted things to move faster, and while this scene reminded us of key events in Royal Decoy, it seemed to slow things down.

Grayson stood with his feet planted and the muscles in his shoulders tightly coiled. The dagger burned his hand, but he couldn’t stop clenching it.

The order from his father shot through him, cold and hard. Grayson ground his teeth and moved toward the gray-haired prisoner who was pinned to the floor of his father’s office. A soldier’s boot dug into the old man’s back, but did not stop his sobs. “Please! Mercy—I beg mercy!”

Grayson stooped and caught a fistful of the man’s greasy hair. He jerked the head back, elongating the man’s throbbing neck, and watery blue eyes pierced his.

“Please!” the prisoner begged, his old face carved in terror.

Grayson slashed the blade over the man’s throat. Blood splattered, catching his face. His grip on the man’s hair tightened, and his gut rolled.

He forced himself to meet the dying man’s eyes, to face the truth of what he had done.

But the eyes that stared up at him were no longer blue, but a deep, horrified brown.

The gray hair he held in his fist darkened and stretched, the locks becoming long, brown, and curled. The pale skin of the old man’s face was gone, replaced with warm brown.

His heart stopped, and his stomach dropped.

It was Mia in his arms. Mia’s hands that fluttered, going to her cut throat. She wheezed, unable to scream.

“No!” The dagger slipped from his nerveless fingers, hitting the thick carpet. “Mia!” He snatched her close, her head bumping against his chest. He folded a hand over her throat, as if he could hold the blood inside her, but it was running warm through his fingers.

One bloody hand curled over his, squeezed his fingers. And then her hand dropped. Her head tipped back, and breath shuddered out of her.

Her brown eyes stared sightlessly at him, blood still rolling over his fingers.

Mia was dead. He had killed her.

Everything inside him went cold.

Grayson threw back his head and screamed. The shout tore his throat and his eyes snapped open.

Darkness pressed in on him, horror shaking through him. Blankets tangled his legs and he jerked up, thrashing against the bedding that snagged against his sweat-slick skin. His heart exploded in his chest as he clawed his hands over his face, shoving away the clinging sleep.

A nightmare. Not the first he’d had since killing that old man, but never had the vision twisted like that.

Bare chest rising and dropping raggedly, Grayson knelt in the center of his bed and dug his fingers into his scalp, tugging at his dark hair.

Fates. He could still feel her blood on his hands.

His stomach clenched and he ducked his head, working to steady his thundering pulse.

He would never hurt Mia. He would cut his own throat first.

Knowing the dream was impossible did not take away the fear knifing his gut, though. Because no matter what he wanted, there was someone who controlled nearly every action he took.

His father manipulated everything about Grayson’s life. Everything. Even Mia.

If Grayson failed his father, Mia would die, and it would be the same as if he had held the blade. 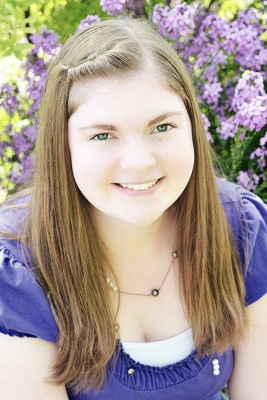 Heather Frost writes mostly YA fiction and has a soft spot for tortured characters, breath-stealing romance, and happy endings. She is the author of the Seers trilogy and the Fate of Eyrinthia series. She has a BS in Creative Writing and a minor in Folklore, which means she got to read fairy tales and ghost stories and call it homework. When she’s not writing, Heather likes to read, travel, and hold Lord of the Rings movie marathons. She lives in a beautiful valley surrounded by towering mountains in the wilds of Utah. To learn more about Heather and her books, visit her website: www.HeatherFrost.com.

Thank you, Heather, for allowing me to be a part of this amazing blog tour. I love this series and can’t wait for the third installment.

Please check out the rest of the tour below. Happy Reading!