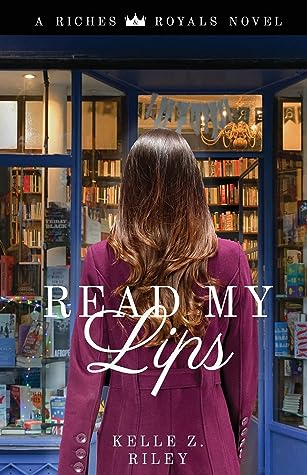 Temptation always leads to trouble…
Claire Lennox thought she could have it all-until trusting the wrong man destroyed her career, her reputation, and her heart. Now, as director of a literacy foundation, she has new ambitions. But when a sexy client tempts her to love again, does she dare?

Billionaire chocolatier Clayton McClaine risks everything-even his heart-when he goes incognito, hoping to overcome the dyslexia that haunts him and threatens to destroy his carefully crafted image.

They’re perfect for each other, except for one little thing-the billion-dollar deception that lies between them.

“You crave me. I’m not your worst fear. I’m your greatest desire.”

A self-made billionaire meets the Director of the Literacy Foundation. Being alone together and in close contact, what could go wrong?

Usually, with contemporaries, there is a lot of sexual tension and things start to get really good about half of the way into the book. This was not like that at all. Yes, there was that tension but it wasn’t dragged out like in other books. There was that instant attraction and they didn’t dance around that. They got right down to it. It was a wham, bam, thank you, ma’am, with a little role-playing. *Did the temperature just rise?*

Now the characters were something else altogether. It took me quite some time to actually start to like them. They both came off a tad bit arrogant for my tastes but once Clayton lets his freak flag fly, that’s when things start to change. Also, admitting that you need help was a very strong turn in Clayton’s character. He felt as if the world knowing would ruin him and that broke my heart. Claire came off as overbearing and it took a little longer for me to start liking her. It also confused me a bit that she didn’t recognize Clayton at all. Umm… His face is plastered everywhere and people were shoving that Most Eligible Bachelor article under your nose and she still hasn’t the faintest idea. I still shake my head in confusion at that.

Read My Lips was a typical cute romance. It had the insta-swoon and the heartache. I just kind of wish that authors would stop using the lie storyline. Besides that, this was decent and had a lot of heart. It takes strength to admit you need help and it takes an even stronger person to help someone in need. It was well worth the read and prepare yourself for some very serious role-playing that will make you seek out the hidden treasure.