We’re in the last two days of November and I’m not sure if I’m ready for the Christmas season.

This week I’m going to read a witchy graphic novel, a memoir about coming out, and a book filled with blood suckers. 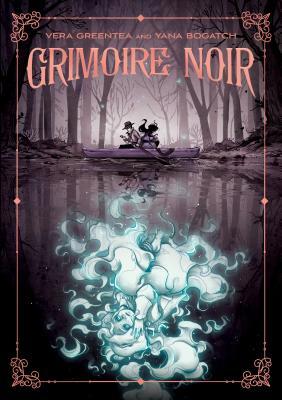 Beautiful, spooky, and utterly enchanting, Vera Greentea and Yana Bogatch’s Grimoire Noir is a charming graphic novel about coming to terms with your own flaws and working past them to protect those dear to you.

Bucky Orson is a bit gloomy, but who isn’t at fifteen?

His best friend left him to hang out with way cooler friends, his dad is the town sheriff, and wait for it―he lives in Blackwell, a town where all the girls are witches. But when his little sister is kidnapped because of her extraordinary power, Bucky has to get out of his own head and go on a strange journey to investigate the small town that gives him so much grief. And in the process he uncovers the town’s painful history and a conspiracy that will change it forever.

Brave Face: How I Survived Growing Up, Coming Out, and Depression- Shaun David Hutchinson 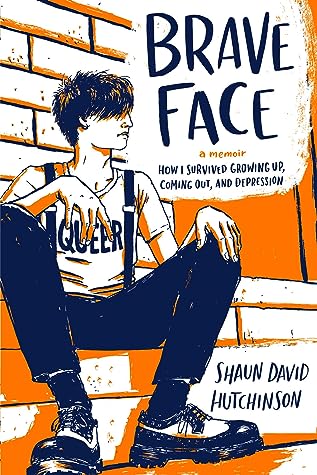 “[P]rofound…a triumph—a full-throated howl to the moon to remind us why we choose to survive and thrive.” —Brendan Kiely, New York Times bestselling author of Tradition

The critically acclaimed author of We Are the Ants opens up about what led to an attempted suicide in his teens, and his path back from the experience.

“I wasn’t depressed because I was gay. I was depressed and gay.”

Shaun David Hutchinson was nineteen. Confused. Struggling to find the vocabulary to understand and accept who he was and how he fit into a community in which he couldn’t see himself. The voice of depression told him that he would never be loved or wanted, while powerful and hurtful messages from society told him that being gay meant love and happiness weren’t for him.

A million moments large and small over the years all came together to convince Shaun that he couldn’t keep going, that he had no future. And so he followed through on trying to make that a reality.

Thankfully Shaun survived, and over time, came to embrace how grateful he is and how to find self-acceptance. In this courageous and deeply honest memoir, Shaun takes readers through the journey of what brought him to the edge, and what has helped him truly believe that it does get better.

Fried Green Tomatoes and Steel Magnolias meet Dracula in this Southern-flavored supernatural thriller set in the ’90s about a women’s book club that must protect its suburban community from a mysterious and handsome stranger who turns out to be a blood-sucking fiend.

Patricia Campbell had always planned for a big life, but after giving up her career as a nurse to marry an ambitious doctor and become a mother, Patricia’s life has never felt smaller. The days are long, her kids are ungrateful, her husband is distant, and her to-do list is never really done. The one thing she has to look forward to is her book club, a group of Charleston mothers united only by their love for true-crime and suspenseful fiction. In these meetings, they’re more likely to discuss the FBI’s recent siege of Waco as much as the ups and downs of marriage and motherhood.

But when an artistic and sensitive stranger moves into the neighborhood, the book club’s meetings turn into speculation about the newcomer. Patricia is initially attracted to him, but when some local children go missing, she starts to suspect the newcomer is involved. She begins her own investigation, assuming that he’s a Jeffrey Dahmer or Ted Bundy. What she uncovers is far more terrifying, and soon she—and her book club—are the only people standing between the monster they’ve invited into their homes and their unsuspecting community.