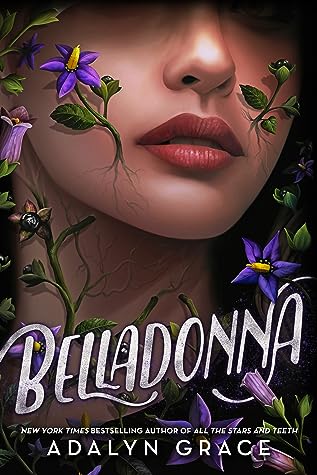 A girl confronts Death—and her own deathly powers—to solve a murder in this Gothic-infused, romantic young adult fantasy.

Orphaned as a baby, nineteen-year-old Signa Farrow has been raised by a string of guardians more interested in her wealth than her well-being—all of whom have died of mysterious circumstances. Her last remaining relatives are the Hawthornes, an eccentric family who live at Thorn Grove, a manor as glittering as it is gloomy.

Thorn Grove’s patriarch, Elijah, mourns his late wife, Lillian, through liquor and wild parties, while son Percy grapples to maintain the family’s waning reputation and daughter Blythe suffers from the same mysterious illness that killed her mother. But when Lillian’s spirit confronts Signa and claims it was poison that killed her and not an illness, Signa realizes that Blythe will be next to die unless the murderer is found.

Signa’s best chance of uncovering the culprit and solving Lillian’s murder is an alliance with Death himself—the very man she hates most. And Death, that fascinating, dangerous shadow who has never been far from her side, shows her that their connection may be more powerful than she ever dared imagine.

“It’s said that five belladonna berries are all it takes to kill someone.”