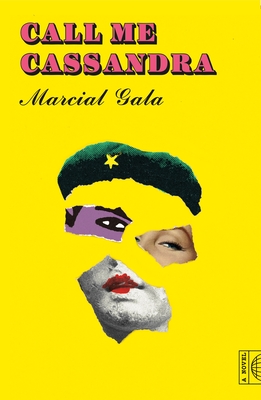 From Marcial Gala, the author of the award-winning The Black Cathedral, Call Me Cassandra is a darkly magical tale of a haunted young dreamer, born in the wrong body and time, who believes himself to be a doomed prophetess from ancient Greek mythology

Ten-year-old Rauli lives in a world that is often hostile. His older brother is violent; his philandering father doesn’t understand him; his intelligence and sensitivity do not endear him to the other children at school. He loves to read, especially Greek myths, but in Cuba in the 1970s, novels and gods can be dangerous. Despite the signs that warn Rauli to repress and fear what he is, he knows three things to be true: First, that he was born in the wrong body. Second, that he will die, aged eighteen, as a soldier in the Cuban intervention in Angola. And third, that he is the reincarnation of the Trojan princess Cassandra.

Moving between Rauli’s childhood and adolescence, between the Angolan battlefield, the Cuban city of Cienfuegos, and the shores of ancient Troy, Marcial Gala’s Call Me Cassandra tells of the search for identity amid the collapse of Cuba’s utopian dreams. Burdened with knowledge of tragedies yet to come, Rauli nonetheless strives to know himself. Lyrical and gritty, heartbreaking and luminous, Rauli’s is the story of the inexorable pull of destiny.