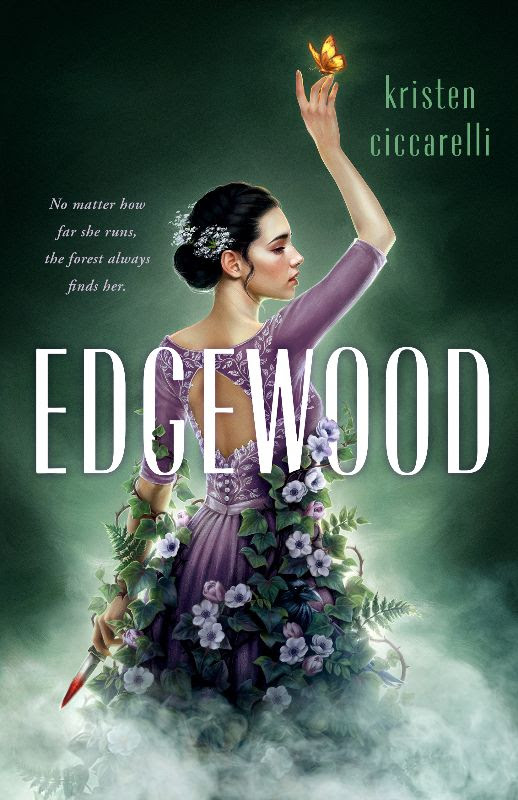 No matter how far she runs, the forest of Edgewood always comes for Emeline Lark. The scent of damp earth curls into her nose when she sings and moss creeps across the stage. It’s as if the woods of her childhood, shrouded in folklore and tall tales, are trying to reclaim her. But Emeline has no patience for silly superstitions.

When her grandfather disappears, leaving only a mysterious orb in his wake, the stories Emeline has always scoffed at suddenly seem less foolish. She enters the forest she has spent years trying to escape, only to have Hawthorne Fell, a handsome and brooding tithe collector, try to dissuade her from searching.

Refusing to be deterred, Emeline finds herself drawn to the court of the fabled Wood King himself. She makes a deal—her voice for her grandfather’s freedom. Little does she know, she’s stumbled into the middle of a curse much bigger than herself, one that threatens the existence of this eerie world she’s trapped in, along with the devastating boy who feels so familiar.

With the help of Hawthorne—an enemy turned reluctant ally who she grows closer to each day—Emeline sets out to not only save her grandfather’s life, but to right past wrongs, and in the process, discover her true voice.

Haunting and romantic, Kristen Ciccarelli’s Edgewood is an exciting novel from a bold, unforgettable voice in fantasy.

“The woods came for Emeline the way they always did: creeping in with the shadows, seeping up through the cracks.”