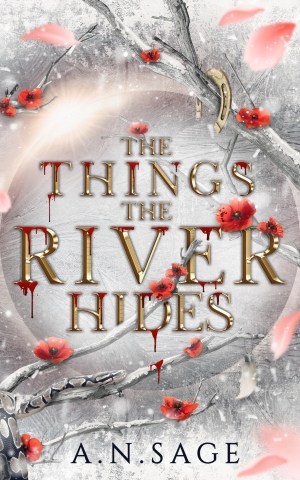 Where rivers run red as blood, a long-forgotten darkness awaits its freedom…

Nastya Sokolov dreams of not being seen as an outcast. Born with the ability to foretell death with a simple touch, she’s relegated to the confines of her mother’s funeral home. A virtual prisoner, she longs to break free.

When the body of a car crash victim arrives at the morgue, Nastya finds something amiss. A clue beckoning to be unravelled.

Soon, another boy greets her doorstep. This one very much alive and insistent his friend’s death was no accident. Before long, Nastya is dragged into a web of impossibilities, strange coincidences, and a baffling mystery in the small town of Cherry Cove.

A mystery that triggers a vision.

She knows better than to tempt fate, but its pull is mighty and her curiosity relentless. Will Nastya follow the trail and uncover the truth about Cherry Cove and the darkness that festers just below the surface?

Find out in this young adult dark fantasy mystery filled with intrigue, long-held secrets, murder, and a desperate race to save a life!

“Whoever said the dead don’t talk, lied. All you have to do is learn how to listen.”