I am thrilled to be hosting a spot on the SHINJI TAKAHASHI AND THE MARK OF THE COATL by Julie Kagawa Blog Tour hosted by Rockstar Book Tours. Check out my post and make sure to enter the giveaway!

Book Title: Shinji Takahashi and the Mark of the Coatl

Shinji Takahashi and the Mark of the Coatl is the first book in a globe-trotting adventure that combines high-tech wizardry, old-world legends and a little bit of magic.

Shinji Takahashi is just an ordinary kid. An ordinary homeschooled smart-alecky orphan kid being raised by his aunt Yui. But when a magical guardian decides to use him as a conduit to awaken its power, Shinji’s life takes a turn for the extraordinary. Captured by the menacing Hightower Corporation, which is bent on using the guardian’s magic for its own nefarious purposes, Shinji must team up with a brilliant young tech whiz named Lucy and her robot mouse, Tinker, to escape the Corporation’s evil clutches.

Together Shinji and Lucy turn to the venerable Society of Explorers and Adventurers and its ragtag cast of spelunkers, hackers, mapmakers, pilots, and mythology experts (among other things) to return the guardian to its rightful home and release Shinji from its magic—which seems to be draining his life force. Time is ticking, the Hightower Corporation is hot on their tail, and success or failure might depend on one small thing—Shinji finally coming around to the belief that he is anything but ordinary.

Based on the Society of Explorers and Adventurers lore that exist across the Walt Disney Parks, Shinji Takahashi and the Mark of the Coatl is the first book in an all-new action-adventure series that brings S.E.A. into the twenty-first century through a blend of science and magic, and a focus on two young characters on an epic journey through time and place. 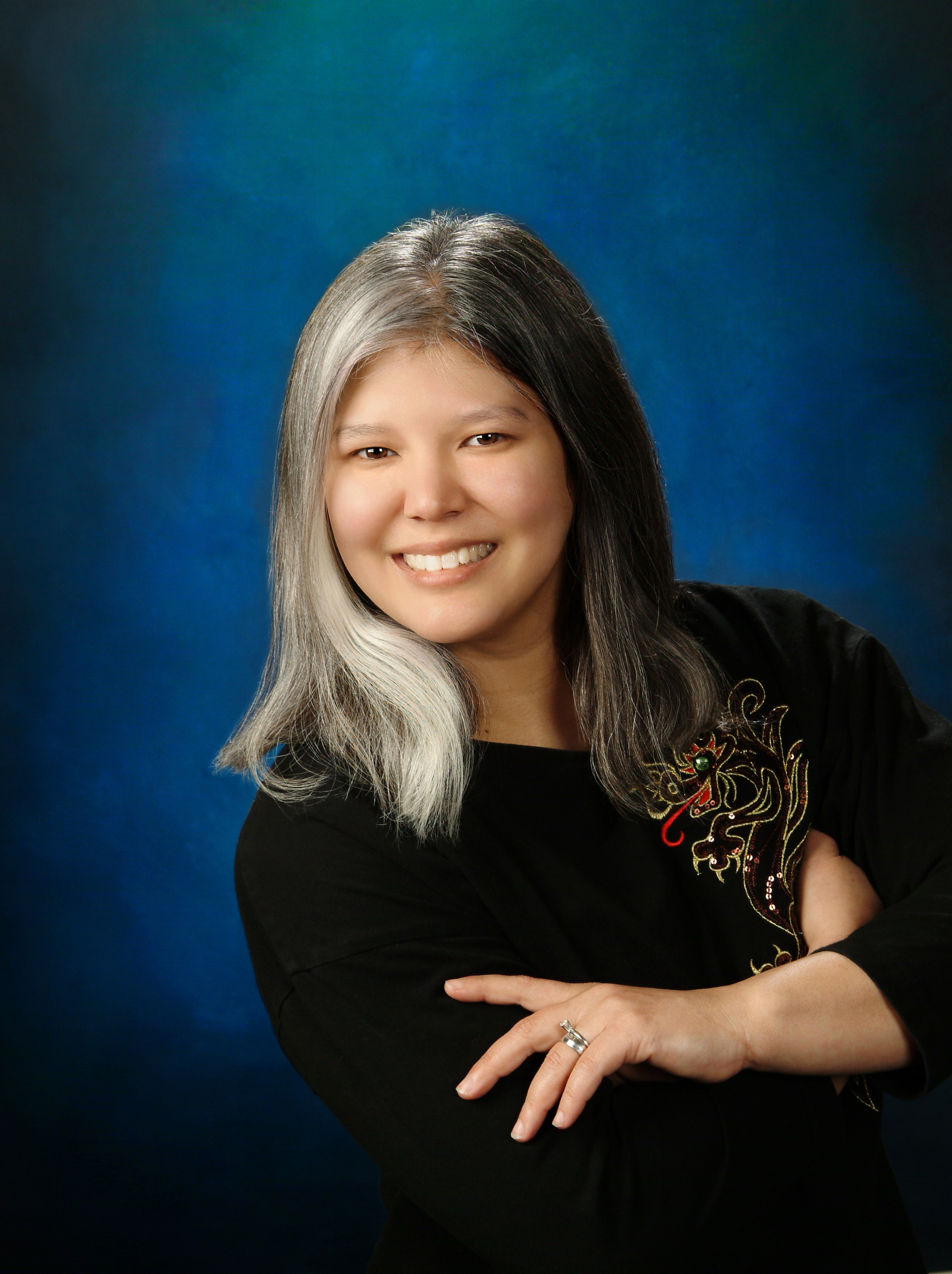 Julie Kagawa is the New York Times bestselling author of the Iron Fey, Blood of Eden, Talon, and Shadow of the Fox series. She was born in Sacramento, California. But nothing exciting really happened to her there. So, at the age of nine she and her family moved to Hawaii, which she soon discovered was inhabited by large carnivorous insects, colonies of house geckos, and frequent hurricanes. She spent much of her time in the ocean, when she wasn’t getting chased out of it by reef sharks, jellyfish, and the odd eel. She worked as a professional dog trainer for several years, dodging Chihuahua bites and overly enthusiastic Labradors, until her first book sold and she stopped training to write full time. Julie now lives in North Carolina with her husband, two obnoxious cats, and a pair of Australian Shepherds that have more Instagram followers than she does. You can follow her on Instagram or Twitter @JKagawa or check out her website at juliekagawa.com.

Flames roared and snapped in the night.

The wail of sirens filled the air, lights flashing red, blue, and white, as men and vehicles surrounded the inferno. Even the rain that fell from the sky could not snuff out the howling flames. The simple suburban home with the quaint picket fence blazed like a fireball against the darkness, drawing the eye of everyone in the neighborhood. Policemen held back the crowds as firefighters sprayed jets of water onto the roof of the burning house, sending huge billows of smoke into the air.

Unnoticed and unseen by everyone, a large black spider crawled through the window of the doomed house, scuttling away through the wet grass. Firefighters raced back and forth, their booted feet pounding the mud, but the spider deftly avoided being crushed. It paused, hiding beneath an overturned tricycle, as the front door burst open and a firefighter stumbled out of the burning house. Coughing, shoulders hunched, the man held a wrapped bundle close to his chest, shielding it with his body as he staggered into the open. As the spider watched, crouched below the handlebars, two more firefighters hurried forward to help. The first man lowered his arms, revealing the dirty, tear-streaked face of a small boy, dark hair falling into his eyes. One of the firefighters drew in a sharp breath.

“Is he the only one?” The man’s voice was low, barely audible over the roar of the flames and the jerky, gasping sobs of the child. “His parents?”

The firefighter holding the boy closed his eyes and shook his head. “They didn’t make it.”

The other’s shoulders slumped. “Poor kid. Well, let’s get him to the EMTs. Hopefully he has relatives that can take him in.”

They walked away, the boy’s sobs fading into the night. The spider crawled out from beneath the tricycle and scuttled away, toward the crowd of people watching the firemen battle the flames. It scurried around feet and crawled over shoes, until it reached the edge of the crowd, where a lone, hooded figure watched from the shadows. The figure held a black umbrella, its face hidden in the hood of its raincoat as it gazed at the burning house and the firemen still rushing around it.

The spider crawled onto the figure’s shoe, then scuttled up its leg, vanishing beneath the hem of its coat. A few seconds later, it crawled out from beneath the collar and perched on the slender neck. Mandibles waving, it made a faint chittering sound that could not be heard by the normal human ear.

Beneath the hood, the figure’s bloodred lips curved up in a smile.

“Excellent,” it whispered. “The piece has been found. The game has been set into motion.” Turning from the burning house, it began to walk into the dark, though its final words hung in the air. “I will see you soon, Shinji Takahashi.”

1 winner will receive a finished copy of SHINJI TAKAHASHI AND THE MARK OF THE COATL, US Only.