I am thrilled to be hosting a spot on the WITCHBLOOD by Matthew Ernan and Lisa Sterle Blog Tour hosted by Rockstar Book Tours. Check out my post and make sure to enter the giveaway!

MAGIC IS IN THE BLOOD

A modern, Wild West road trip about a witch named Yonna cruising the Southwest as a band of bloodthirsty biker vampires, The Hounds of Love, hunt her scattered coven for the source of all magic: witch blood. From the critically acclaimed creators of The Modern Witch Tarot Deck and Long Lost comes Witchblood, a blend of action, lore, and Americana—perfect for fans of Buffy and American Gods.

Matthew Erman is a comics writer from Columbus, Ohio. Alongside Lisa Sterle, he co-created the critically acclaimed comic horror series, Long Lost, which was optioned for Film/TV by Producer Jenny Klein (The Witcher, Daisy Jones and The Six). Erman has since worked on the comic book series Jim Henson’s The Dark Crystal: Age of Resistance and graphic novel Power Rangers: Sins of the Future with BOOM! Studios, series Care Bears: Unlock the Magic with IDW, the upcoming  science fiction/ horror / humorous romance original graphic novel BONDING, with artist and co-creator Emily Pearson for Vault Comics, and the smash supernatural action adventure comics series (with artist/co-creator Lisa Sterle) from Vault Comics, WITCHBLOOD. His short work can be found in anthologies such as Corpus (2018), Dead Beats (2019) and Everything is Going Wrong (2019).

Lisa Sterle is a Columbus artist with work spanning from comic books to concept design to pop-culture-fueled illustration. Her work is often bright, expressive, and occasionally tinged with horror— marrying her two favorite themes: the beautiful and the grotesque. She has worked with HarperCollins, IDW, Image, Archie Comics, Vault Comics, BOOM! Studios, and many others. She is the co-creator of monthly comics Long Lost and Submerged (Vault Comics), and Witchblood (Vault comics), as well as creator of The Modern Witch Tarot Deck, a modern and diverse interpretation of the classic Rider-Waite tarot deck. Currently she is working on the graphic novel Squad with writer Maggie Tokuda-Hall for Greenwillow Books.

WITCHBLOOD is the first time Lisa Sterle’s wider (witchy/tarot/occult) audience has access to her all-new  book (to be found in book stores in which they frequent), and it is her first creator-owned project since The Modern Witch Tarot.

As the creator of the smash, best-selling, The Modern Witch Tarot, Lisa has a super rabid fan base, and with over 16K Twitter followers, she is known as one of the most “influential witches in the world!”  Further, Lisa was voted by Watkins Body Mind Spirit Magazine as one of the Top 100 Most Spiritually Influential  Living People  (Pope Francis is #1, Dalai Lama is #2; Lisa is #92 – Neil de Grasse Tyson is #93!) 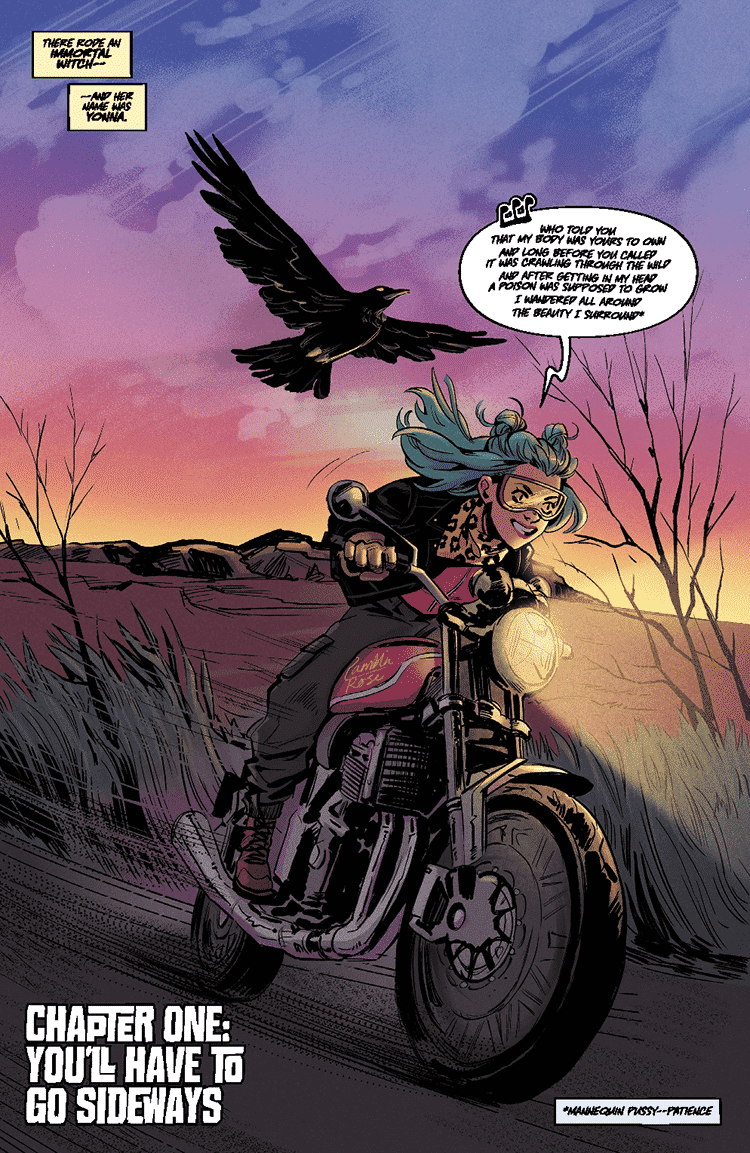 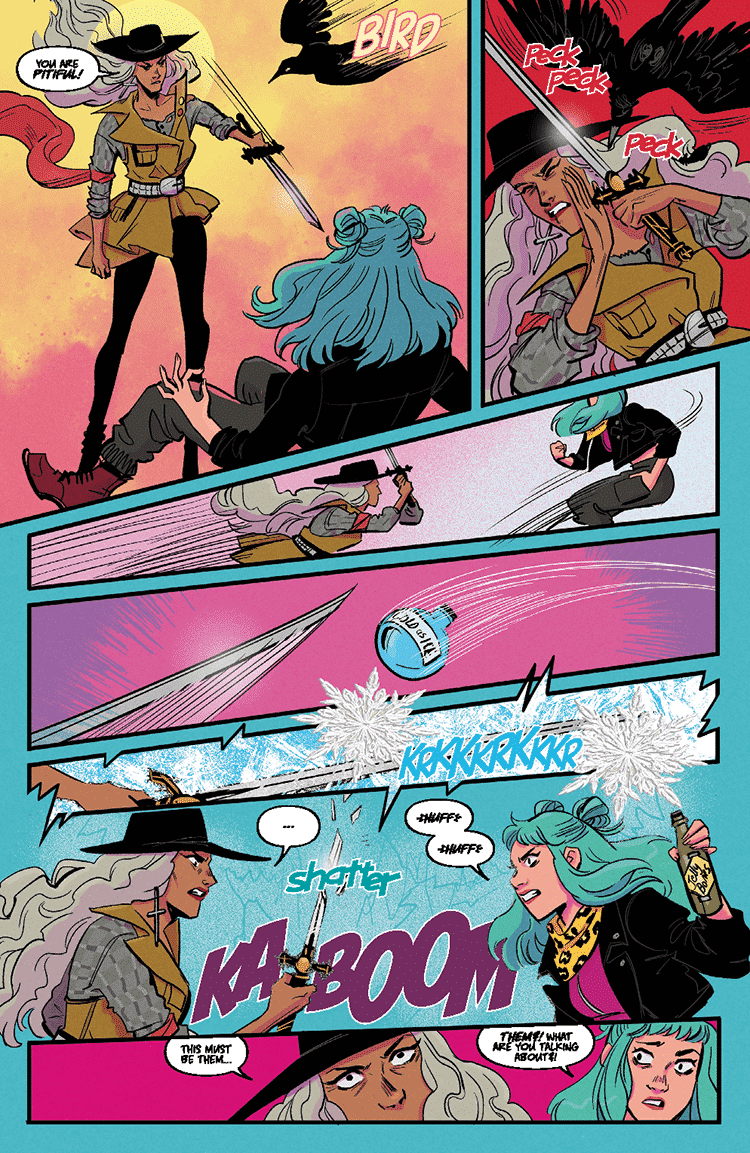 2 winners will receive a finished copy of WITCHBLOOD, US Only.