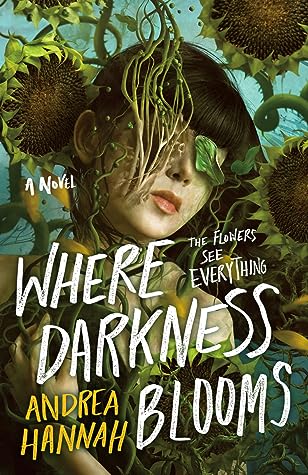 The flowers see everything.

The town of Bishop is known for exactly two things: recurring windstorms and an endless field of sunflowers that stretches farther than the eye can see. And women—missing women. So when Delilah, Jude, Whitney and Bo’s mothers go missing, no one in Bishop is surprised. The case is shut and the girls are left with a dusty old house and the shattered pieces of their lives. Until the wind kicks up a terrible secret at their mothers’ much delayed memorial.

Delilah just wants to move on. She’s been looking after them all since their mothers went missing with the help of her boyfriend, Bennett. They just have one tiny problem: every time Bennett touches her she feels an unbearable pain searing through her.

Whitney would like for the women in her life to stop disappearing. Or dying. First, she lost her mother. Then, she lost her girlfriend, Eleanor. She finds some relief when she visits an old weathervane from the time the town was founded where she can hear Eleanor’s voice asking her for more. But more what?

Jude, Whitney’s twin sister, would rather stay home and ignore it all, but the wind kicks up her secret, too: her summer fling with Bennett, Delilah’s boyfriend, that feels like more than just a fling.

Bo wants answers, and she wants them now. She’s convinced something happened to their mothers and that the townsfolk know what it was. She’s sure of it. That’s why she pushed them to do a memorial for their mothers.

Bishop has always been a strange place. But what the girls don’t know is that this old town founded on blood is also deadly—and when it’s through with them, no one might survive.

“The land had always been parched but its thirst for blood was learned.”