I hope everyone had a great weekend and enjoyed the extra day off.

This week I plan on reading a newly released thriller that I picked up signed, and a horror book I received via Netgalley.

The House Across the Lake- Riley Sager 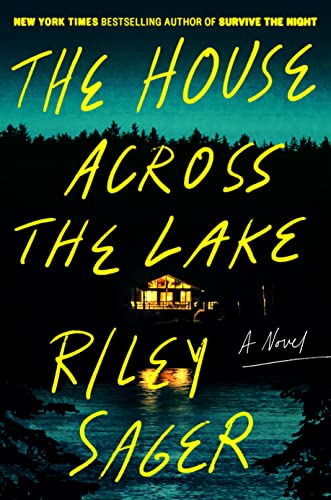 It looks like a familiar story: A woman reeling from a great loss with too much time on her hands and too much booze in her glass watches her neighbors, sees things she shouldn’t see, and starts to suspect the worst. But looks can be deceiving…

Casey Fletcher, a recently widowed actress trying to escape a streak of bad press, has retreated to her family’s lake house in Vermont. Armed with a pair of binoculars and several bottles of liquor, she passes the time watching Tom and Katherine Royce, the glamorous couple living in the house across the lake.

Everything about the Royces seems perfect. Their marriage. Their house. The bucolic lake it sits beside. But when Katherine suddenly vanishes, Casey becomes obsessed with finding out what happened to her. In the process, she discovers the darker truths lurking just beneath the surface of the Royces’ picture-perfect marriage. Truths no suspicious voyeur could begin to imagine–even with a few drinks under her belt.

Like Casey, you’ll think you know where this story is headed.

Because once you open the door to obsession, you never know what you might find on the other side. 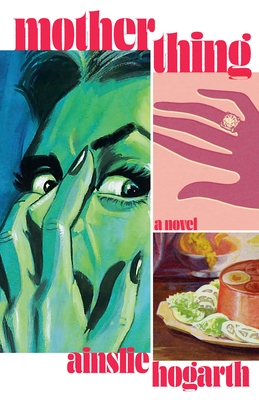 A darkly funny domestic horror novel about a woman who must take drastic measures to save her husband and herself from the vengeful ghost of her mother-in-law.

When Ralph and Abby Lamb move in with Ralph’s mother, Laura, Abby hopes it’s just what she and her mother-in-law need to finally connect. After a traumatic childhood, Abby is desperate for a mother figure, especially now that she and Ralph are trying to become parents themselves. Abby just has so much love to give—to Ralph, to Laura, and to Mrs. Bondy, her favorite resident at the long-term care home where she works. But Laura isn’t interested in bonding with her daughter-in-law. She’s venomous and cruel, especially to Abby, and life with her is hellish.

When Laura takes her own life, her ghost haunts Abby and Ralph in very different ways: Ralph is plunged into depression, and Abby is terrorized by a force intent on destroying everything she loves. To make matters worse, Mrs. Bondy’s daughter is threatening to move Mrs. Bondy from the home, leaving Abby totally alone. With everything on the line, Abby comes up with a chilling plan that will allow her to keep Mrs. Bondy, rescue Ralph from his tortured mind, and break Laura’s hold on the family for good. All it requires is a little ingenuity, a lot of determination, and a unique recipe for chicken à la king…