July is almost over and now it’s time for Halloween shopping. I just love Halloween and have been stalking stores in my area for items. Picked up a few awesome additions for my collection so far. Do you love Halloween?

This week I’m going to read a book about a wolf prophesy, and a bound manuscript my friend picked up at ALA for me. 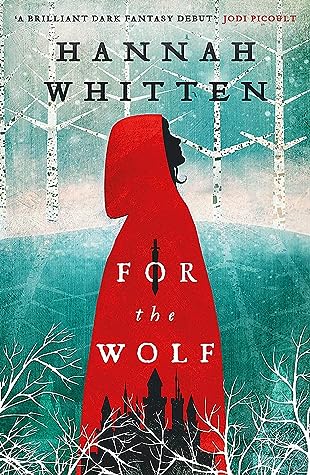 As the only Second Daughter born in centuries, Red has one purpose – to be sacrificed to the Wolf in the Wood in the hope he’ll return the world’s captured gods.

Red is almost relieved to go. Plagued by a dangerous power she can’t control, at least she knows that in the Wilderwood, she can’t hurt those she loves. Again.

But the legends lie. The Wolf is a man, not a monster. Her magic is a calling, not a curse. And if she doesn’t learn how to use it, the monsters the gods have become will swallow the Wilderwood – and her world – whole. 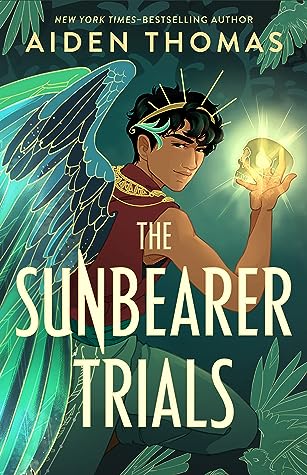 Welcome to The Sunbearer Trials, where teen semidioses compete in a series of challenges with the highest of stakes, in this electric new Mexican-inspired fantasy from Aiden Thomas, the New York Times bestselling author of Cemetery Boys.

“Only the most powerful and honorable semidioses get chosen. I’m just a Jade. I’m not a real hero.”

As each new decade begins, the Sun’s power must be replenished so that Sol can keep traveling along the sky and keep the evil Obsidian gods at bay. Ten semidioses between the ages of thirteen and eighteen are selected by Sol himself as the most worthy to compete in The Sunbearer Trials. The winner carries light and life to all the temples of Reino del Sol, but the loser has the greatest honor of all―they will be sacrificed to Sol, their body used to fuel the Sun Stones that will protect the people of Reino del Sol for the next ten years.

Teo, a 17-year-old Jade semidiós and the trans son of Quetzal, goddess of birds, has never worried about the Trials…or rather, he’s only worried for others. His best friend Niya―daughter of Tierra, the god of earth―is one of the strongest heroes of their generation and is much too likely to be chosen this year. He also can’t help but worry (reluctantly, and under protest) for Aurelio, a powerful Gold semidiós and Teo’s friend-turned-rival who is a shoo-in for the Trials. Teo wouldn’t mind taking Aurelio down a notch or two, but a one-in-ten chance of death is a bit too close for Teo’s taste.

But then, for the first time in over a century, Sol chooses a semidiós who isn’t a Gold. In fact, he chooses two: Xio, the 13-year-old child of Mala Suerte, god of bad luck, and…Teo. Now they must compete in five mysterious trials, against opponents who are both more powerful and better trained, for fame, glory, and their own survival.