I hope you all are doing wonderful and are excited that it is spooky month. I am so excited. This is my favorite month of the year!!

This week I’m going to read the third book in a devilish series and the second book in a vampire series.

Kingdom of the Feared- Kerri Maniscalco 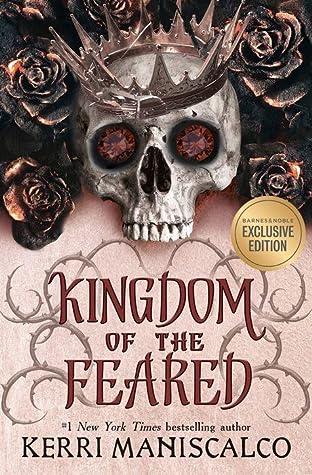 Two curses.
One prophecy.
A reckoning all have feared.

And a love more powerful than fate. All hail the king and queen of Hell.

Emilia is reeling from the shocking discovery that her twin sister, Vittoria, is alive. But before she faces the demons of her past, Emilia yearns to claim her king, the seductive Prince of Wrath, in the flesh. Emilia doesn’t simply desire his body, she wants his heart and soul—but that’s something the enigmatic demon can’t promise her.

When a high-ranking member of House Greed is assassinated, Emilia and Wrath are drawn to the rival demon court. Damning evidence points to Vittoria as the murderer and she’s quickly declared an enemy of the Seven Circles. Despite her betrayal, Emilia will do anything to solve this new mystery and find out who her sister really is.

Together Emilia and Wrath play a sin-fueled game of deception as they work to stop the unrest that’s brewing between witches, demons, shape-shifters and the most treacherous foes of all: the Feared.

Emilia was warned that when it came to the Wicked nothing was as it seemed. But, have the true villains been much closer all along? When the truth is finally revealed, it just might end up costing Emilia her heart.

From the #1 New York Times bestselling author of the Stalking the Jack the Ripper series comes the steamy conclusion to Kingdom of the Wicked trilogy. 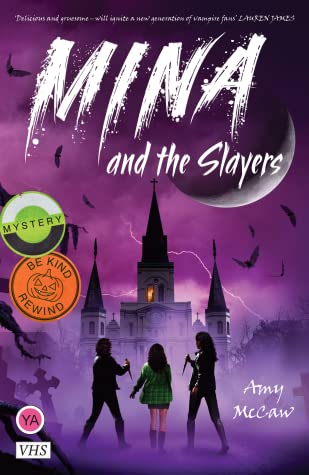 Despite the teething problems in her relationship with Jared, she has her sister back, new friends and a part-time job to die for.

Over Halloween, Mina and the gang have planned a spooky week of Gothic restaurants, horror movies, ghostly tours, creepy carnivals and a costume ball.

But the fun doesn’t last. Mina is on work experience with Detective Cafferty while the police are investigating a savage masked killer and a rise in suspicious ‘animal attacks’.

During her own investigations, Mina discovers a mysterious group of slayers, who are battling to control the rogue vampires.

The threats circle closer as Mina spends her days with the police and nights with the slayers.

Will she and her friends survive Halloween without being staked, stabbed or bitten?

‘Mina is back with bite in this action-packed romp of a sequel. It was absolute murderous fun to travel with her through the gothic atmosphere of vampire-loving 90s New Orleans.’ – KENDARE BLAKE (In Every Generation, All These Bodies, Anna Dressed in Blood)

​‘This book is like Buffy meets Scream with a touch of I Know What You Did Last Summer, and I was here for all of it.’ – LORIEN LAWRENCE (Fright Watch series)

‘I couldn’t wait to sink my fangs into this book and I wasn’t disappointed. It leaves you gasping for more and never knowing who to trust.’ – CYNTHIA MURPHY (Last One to Die, Win Lose Kill Die)

‘Amy McCaw’s much-anticipated sequel is everything a discerning horror fan could wish for. With added 90s US police shenanigans!’ – SUE WALLMAN (I Know You Did It, Such A Good Liar)