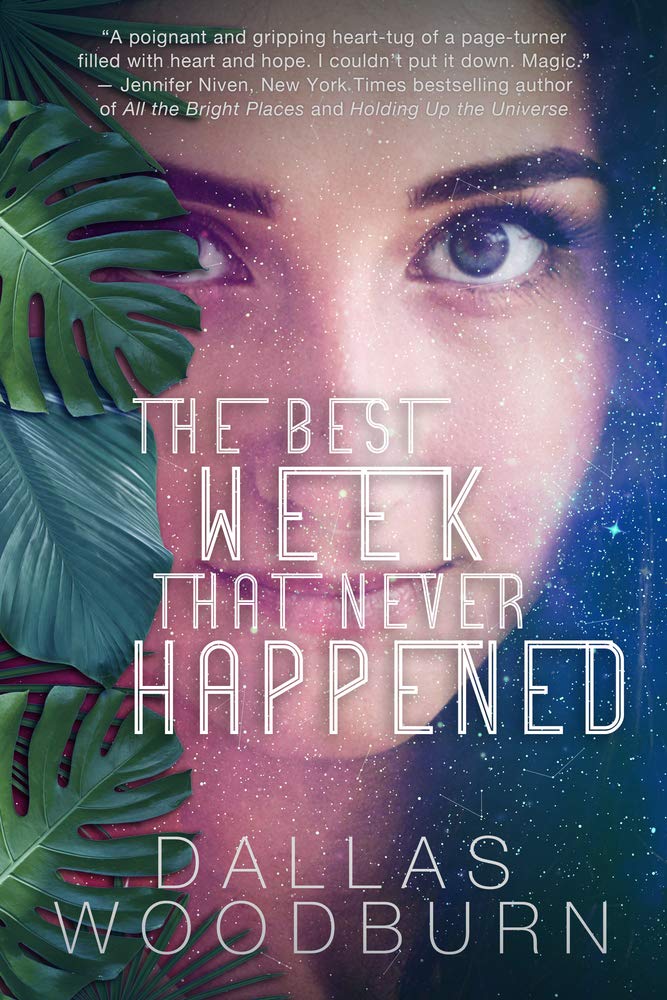 “When I open my eyes and sit up, everything is dark. My brain is cottony, and my eyes won’t focus. I can’t rememebr where I am or how I got here. I’m not afraid. I mostly feel…. empty.” 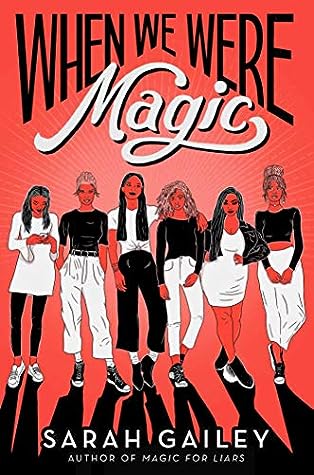 Keeping your magic a secret is hard. Being in love with your best friend is harder.

Alexis has always been able to rely on two things: her best friends, and the magic powers they all share. Their secret is what brought them together, and their love for each other is unshakeable—even when that love is complicated. Complicated by problems like jealousy, or insecurity, or lust. Or love.

That unshakeable, complicated love is one of the only things that doesn’t change on prom night.

When accidental magic goes sideways and a boy winds up dead, Alexis and her friends come together to try to right a terrible wrong. Their first attempt fails—and their second attempt fails even harder. Left with the remains of their failed spells and more consequences than anyone could have predicted, each of them must find a way to live with their part of the story.

“I didn’t mean to kill Josh Harper. Really, I didn’t. It’s just that I was nervous, and condoms are more complicated than I was expecting, and one thing led to another and- well. Now there’s blood everywhere and he’s dead.” 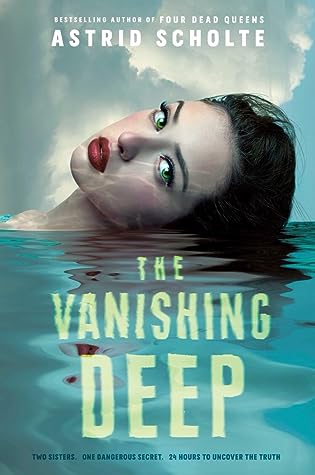 Bestselling author Astrid Scholte, returns with a thrilling adventure in which the dead can be revived…for a price.

Seventeen-year-old Tempe was born into a world of water. When the Great Waves destroyed her planet, its people had to learn to survive living on the water, but the ruins of the cities below still called. Tempe dives daily, scavenging the ruins of a bygone era, searching for anything of value to trade for Notes. It isn’t food or clothing that she wants to buy, but her dead sister’s life. For a price, the research facility on the island of Palindromena will revive the dearly departed for twenty-four hours before returning them to death. It isn’t a heartfelt reunion that Tempe is after; she wants answers. Elysea died keeping a terrible secret, one that has ignited an unquenchable fury in Tempe: Her beloved sister was responsible for the death of their parents. Tempe wants to know why.

But once revived, Elysea has other plans. She doesn’t want to spend her last day in a cold room accounting for a crime she insists she didn’t commit. Elysea wants her freedom and one final glimpse at the life that was stolen from her. She persuades Tempe to break her out of the facility, and they embark on a dangerous journey to discover the truth about their parents’ death and mend their broken bond. But they’re pursued every step of the way by two Palindromena employees desperate to find them before Elysea’s time is up–and before the secret behind the revival process and the true cost of restored life is revealed. 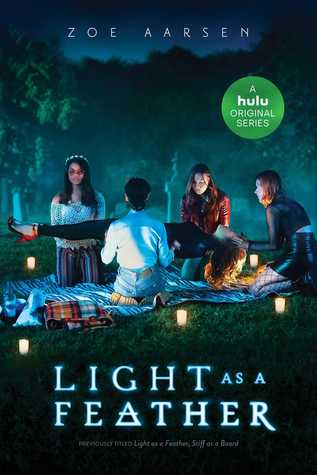 “Violet had suggested that we play a game….
She hadn’t mentioned that in her game, she was always the winner. Or that playing could cost you your life.” 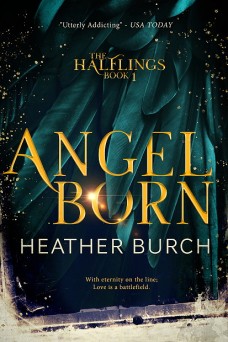 Life was normal for Nikki until otherworldly wolves chased her through the woods near her high school. Now she’s a target for a myriad of supernatural beings.

Three half-human, half-angels are sworn to protect her. Complicating life further, Mace, Raven, and Vine–the Halflings–are the swoon-worthy new guys at her school.

For the Halflings, safeguarding Nikki isn’t just an assignment. All of humanity hangs in the balance.

Together, they outsmart the demons hunting her, but when Nikki’s name is connected to a research laboratory bent on world domination, the stakes rise.

This is the Author’s Cut edition and was previously published as Halflings.

Dive into this first book in the critically acclaimed Halflings series where angels aren’t always perfect and teen girls are more than what they seem.

‘Packed with action, Halflings is stocked with a feisty, likable cast and a fantastically impossible love-triangle that made my heart flutter, race and sigh. This hard-to-put-down novel kept me up late into the night and burrowed itself into my imagination.’ ―USA Today

– Winner will receive a $25 Dollar Amazon Gift Card.
Click on the image below to enter. Good Luck! 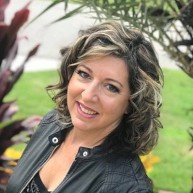 Heather Burch is a #1 bestselling author of contemporary fiction. She lives in Southern Florida with her husband, John. Her title, One Lavender Ribbon was in the top 100 bestselling books for the year on Amazon. In 2014, she became one of the most quoted authors by Kindle readers. Her deeply emotional stories explore family, love, hope and the challenges of life. Her books have garnered praise from USA Today, Booklist Magazine, Romantic Times and Publisher’s Weekly. Heather lives to tell unforgettable stories of love and loss—stories that make your heart sigh.
PHOTO CONTENT FROM HEATHER BURCH

Thank you, Jean and Heather, for allowing us to share information about this amazing book.

For more information about this release and upcoming releases, please click on the button above.

Set in a kingdom where danger lurks beneath the sea, mermaids seek vengeance with song, and magic is a choice, Adalyn Grace’s All the Stars and Teeth is a thrilling fantasy for fans of Stephanie Garber’s Caraval and Sarah J. Maas’s Throne of Glass series.

As princess of the island kingdom Visidia, Amora Montara has spent her entire life training to be High Animancer—the master of souls. The rest of the realm can choose their magic, but for Amora, it’s never been a choice. To secure her place as heir to the throne, she must prove her mastery of the monarchy’s dangerous soul magic.

When her demonstration goes awry, Amora is forced to flee. She strikes a deal with Bastian, a mysterious pirate: he’ll help her prove she’s fit to rule if she’ll help him reclaim his stolen magic.

But sailing the kingdom holds more wonder—and more peril—than Amora anticipated. A destructive new magic is on the rise, and if Amora is to conquer it, she’ll need to face legendary monsters, cross paths with vengeful mermaids, and deal with a stow-away she never expected… or risk the fate of Visidia and lose the crown forever.

I am the right choice. The only choice. And I will protect my kingdom.

“This day is made for sailing. The ocean’s brine coats my tongue and I savor its grit. Late summer’s heat has beaten the sea into submission; it barely sways as I stand against the starboard ledge.”

Who is the Riverdale Ripper? And why is Jughead waking up covered in blood?

Everyone knows the characters from Riverdale: popular Archie Andrews, girl-next-door Betty Cooper, angsty Jughead Jones, and the sophisticated Veronica Lodge. But this is not the Riverdale you know and love. Something twisted has awoken in the town with pep. Inspired by the iconic Archie Horror comics, this reimagined universe takes the grittiness of the TV show and adds a paranormal twist.

Someone is killing the citizens of Riverdale. And after a bloody full moon, Jughead realizes he is the killer! Jughead is a werewolf. Can he keep this secret from his friends — including werewolf-hunting Betty Cooper? Jughead has to get his dark side under control — before it is controlling him.

“As far as Dalton Doiley was concerned, if he was going to die tonight, then a graveyard was as good a place to do it as any other.”