This week I’m going to read an unsettling book, a classic, a graphic novel that I picked up at ALA in Philly, and a book that I purchased last week.

Exploring the psychological dynamics of the relationship between a precocious yet naïve teenage girl and her magnetic and manipulative teacher, a brilliant, all-consuming read that marks the explosive debut of an extraordinary new writer.

2017. Amid the rising wave of allegations against powerful men, a reckoning is coming due. Strane has been accused of sexual abuse by a former student, who reaches out to Vanessa, and now Vanessa suddenly finds herself facing an impossible choice: remain silent, firm in the belief that her teenage self willingly engaged in this relationship, or redefine herself and the events of her past. But how can Vanessa reject her first love, the man who fundamentally transformed her and has been a persistent presence in her life? Is it possible that the man she loved as a teenager—and who professed to worship only her—may be far different from what she has always believed?

Alternating between Vanessa’s present and her past, My Dark Vanessa juxtaposes memory and trauma with the breathless excitement of a teenage girl discovering the power her own body can wield. Thought-provoking and impossible to put down, this is a masterful portrayal of troubled adolescence and its repercussions that raises vital questions about agency, consent, complicity, and victimhood. Written with the haunting intimacy of The Girls and the creeping intensity of Room, My Dark Vanessa is an era-defining novel that brilliantly captures and reflects the shifting cultural mores transforming our relationships and society itself. 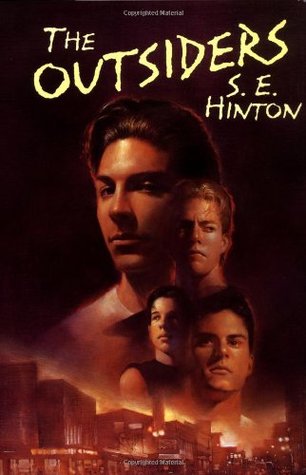 The Outsiders is a book that delves deep into the hearts, minds, and stories of a group that had no voice before S. E. Hinton gave them one. She began writing the book at age 15, spurred on by the disturbing trend she saw growing in her high school towards a division between groups. “I was worried and angered by the social situation,” Hinton writes. “I saw two groups at the extreme ends of the social scale behaving in an idiotic fashion — one group was being condemned and one wasn’t…. When a friend of mine was beaten up for no other reason than that some people didn’t like the way he combed his hair, I took my anger out by writing about it.”

Thirty years after it was first published, The Outsiders still carries the same frightening and unifying messages for teens (and readers of all ages). The ruthlessly realistic and violent story of the Greasers and the Socs, rival gangs from very different sides of the railroad tracks, is narrated by Ponyboy Curtis, a smart, sensitive kid who has grown to become one of the most recognizable figures in the history of young adult literature. Any teen who has ever felt isolated or different can identify with Ponyboy, a kid forced to be tough on the outside, but who underneath is just as scared and needy as anyone. Hinton herself has said that she has never written a character as close to her own self as Ponyboy is. Young Adult fiction was shaped and defined by Susan Eloise Hinton, and the realism she attached to the genre became the norm, enabling later writers like Robert Cormier and Judy Blume to find characters and voices that actually spoke to adolescents. Since 1967, Ponyboy has become the hero for countless teenagers nationwide as The Outsiders stands to influence an entirely new legion of adolescents who need Ponyboy as much as ever. 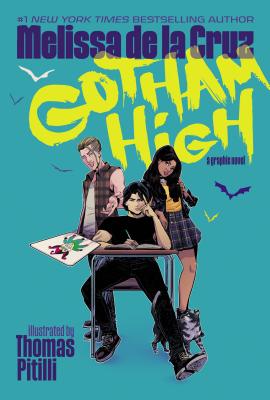 From the #1 New York Times bestselling author of Alex and Eliza and The Witches of East Endcomes a reimagining of Gotham for a new generation of readers. Before they became Batman, Catwoman, and The Joker, Bruce, Selina, and Jack were high schoolers who would do whatever it took–even destroy the ones they love–to satisfy their own motives.

After being kicked out of his boarding school, 16-year-old Bruce Wayne returns to Gotham City to find that nothing is as he left it. What once was his family home is now an empty husk, lonely but haunted by the memory of his parents’ murder. Selina Kyle, once the innocent girl next door, now rules over Gotham High School with a dangerous flair, aided by the class clown, Jack Napier.

When a kidnapping rattles the school, Bruce seeks answers as the dark and troubled knight–but is he actually the pawn? Nothing is ever as it seems, especially at Gotham High, where the parties and romances are of the highest stakes … and where everyone is a suspect.

With enchanting art by Thomas Pitilli, this new graphic novel is just as intoxicating as it is chilling, in which dearest friends turn into greatest enemies–all within the hallways of Gotham High!

Cracked Up To Be- Courtney Summers

When “Perfect” Parker Fadley starts drinking at school and failing her classes, all of St. Peter’s High goes on alert. How has the cheerleading captain, girlfriend of the most popular guy in school, consummate teacher’s pet, and future valedictorian fallen so far from grace?

Parker doesn’t want to talk about it. She’d just like to be left alone, to disappear, to be ignored. But her parents have placed her on suicide watch and her counselors are demanding the truth. Worse, there’s a nice guy falling in love with her and he’s making her feel things again when she’d really rather not be feeling anything at all.

Nobody would have guessed she’d turn out like this. But nobody knows the truth.

Something horrible has happened, and it just might be her fault.